The building is situated on the urban tract of the Via Francigena, the ancient road running from Rome to France, through the Piedmontese Alps. The symmetric shape of the building (a central volume flanked by two lateral wings) defines the form of the south-eastern portion of the square faced by the building.

The building is listed and the preservation rules asked for a rigorous respect of the status quo. This approach was tempered by highlighting in a slightly eclectic way the sensuous features of old and new materials: bricks, stones, metal grids, polycarbonate partitions. Mirrors are part of this strategy.
SEE ALL 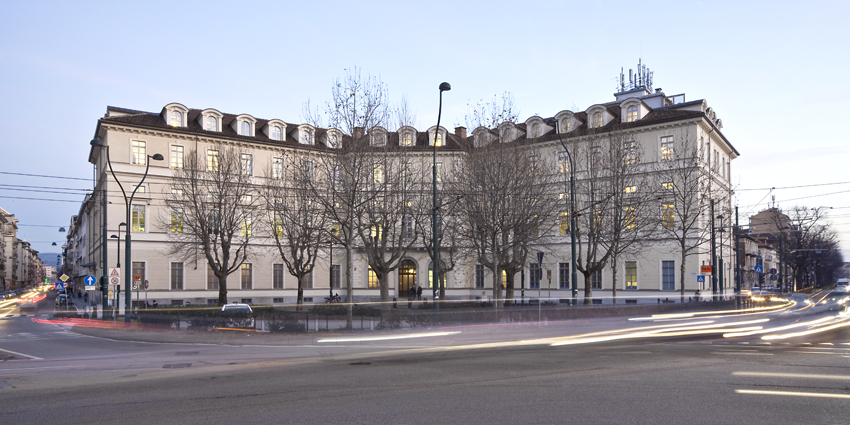 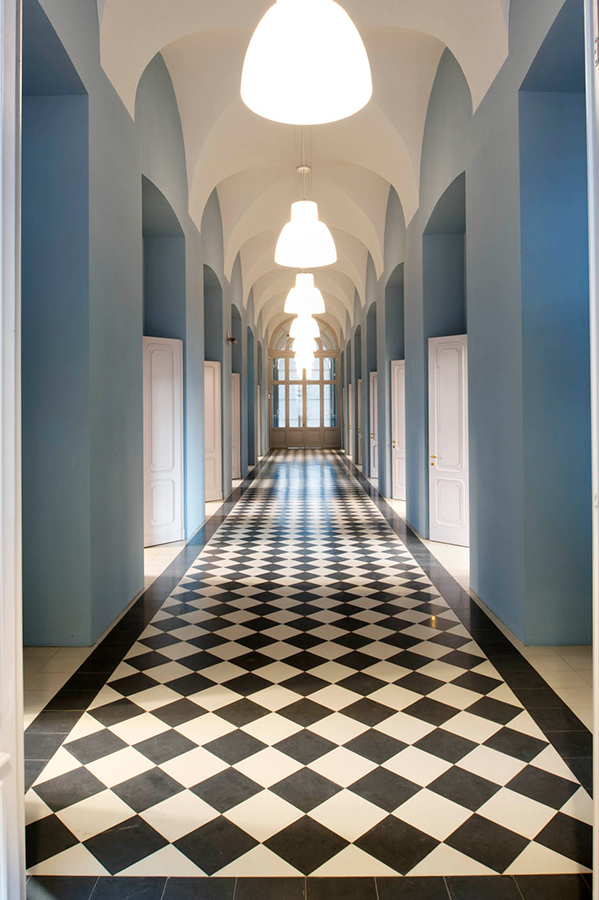 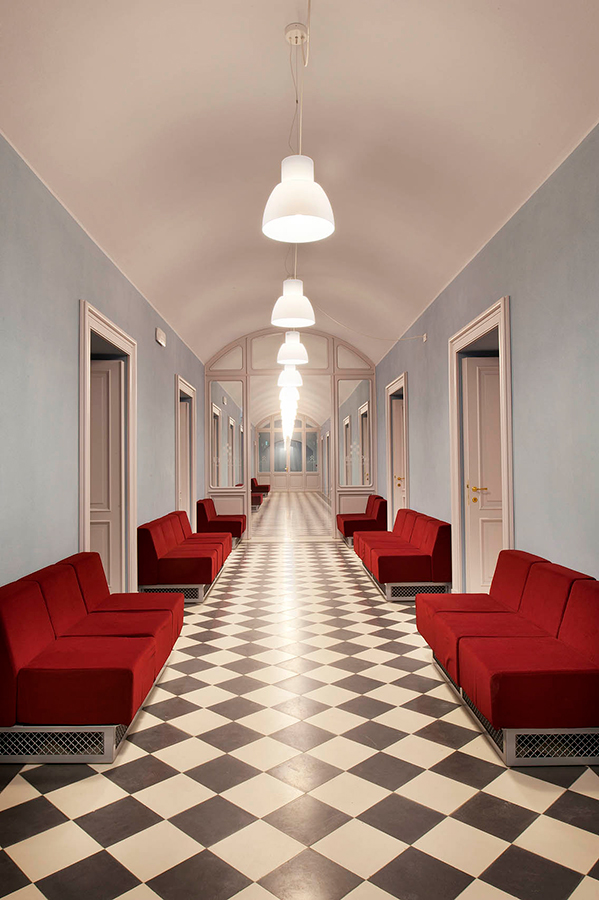 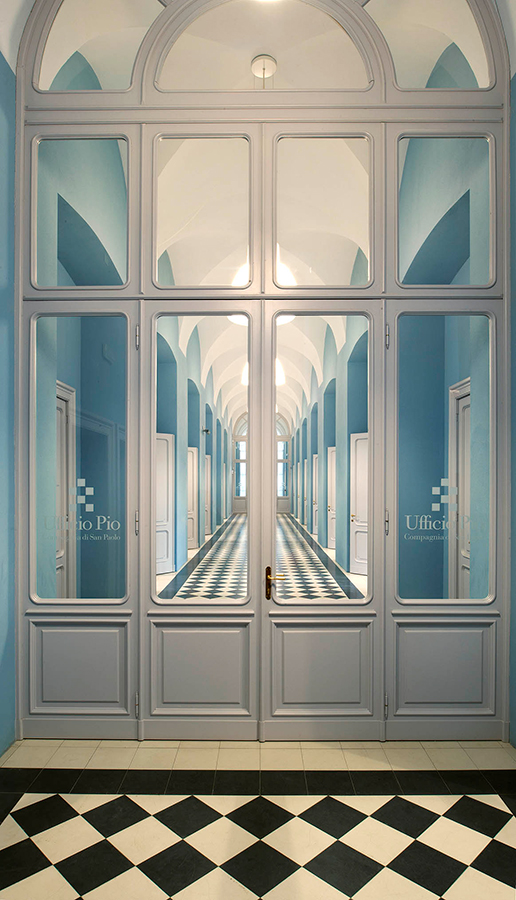 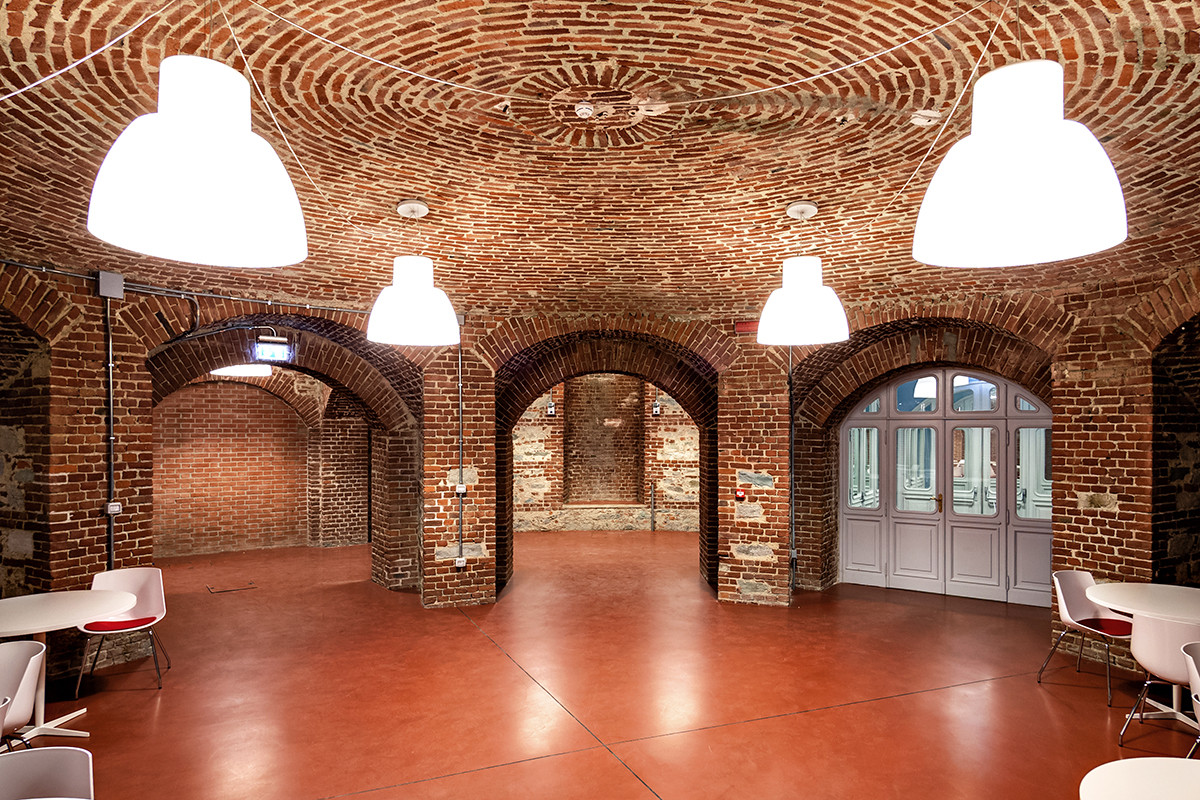 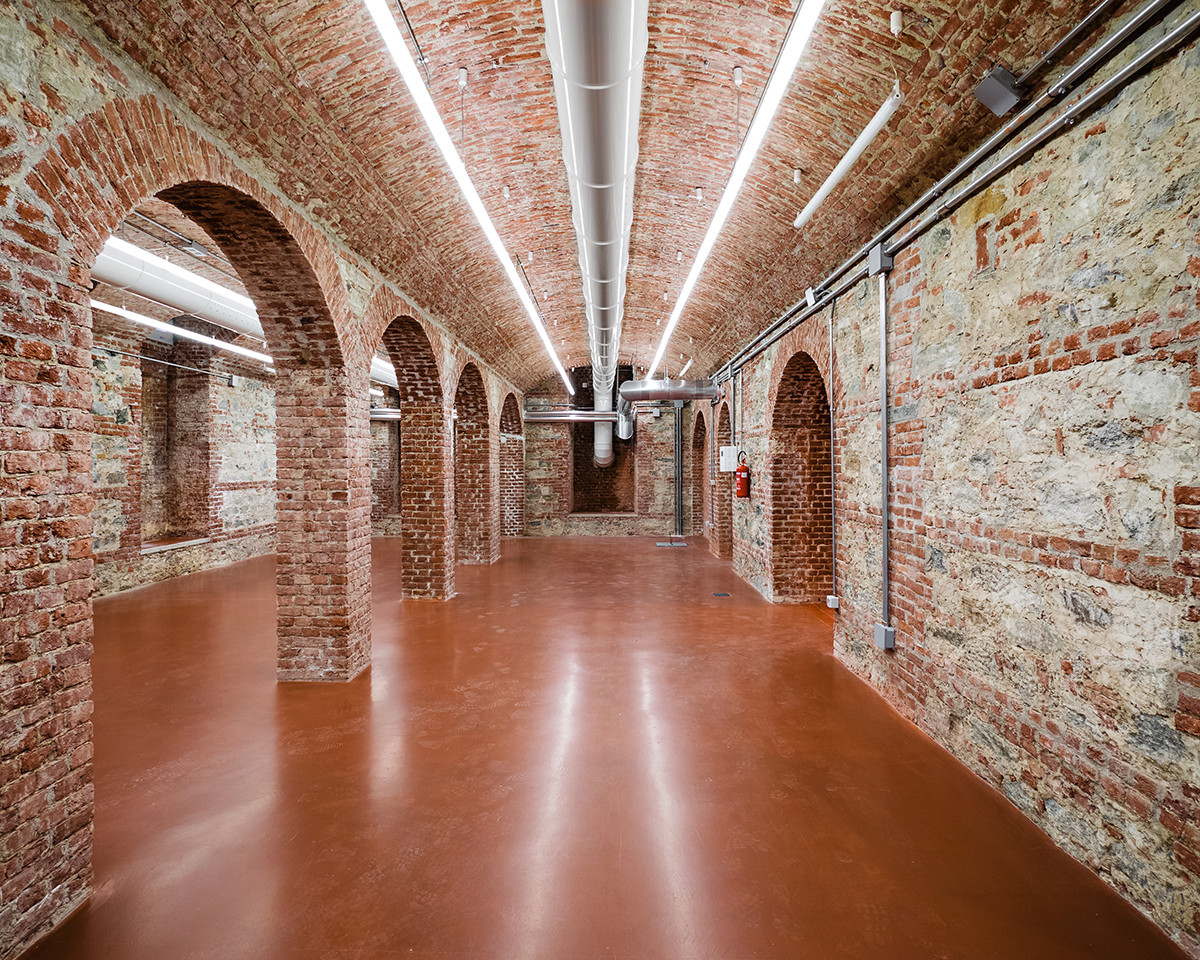 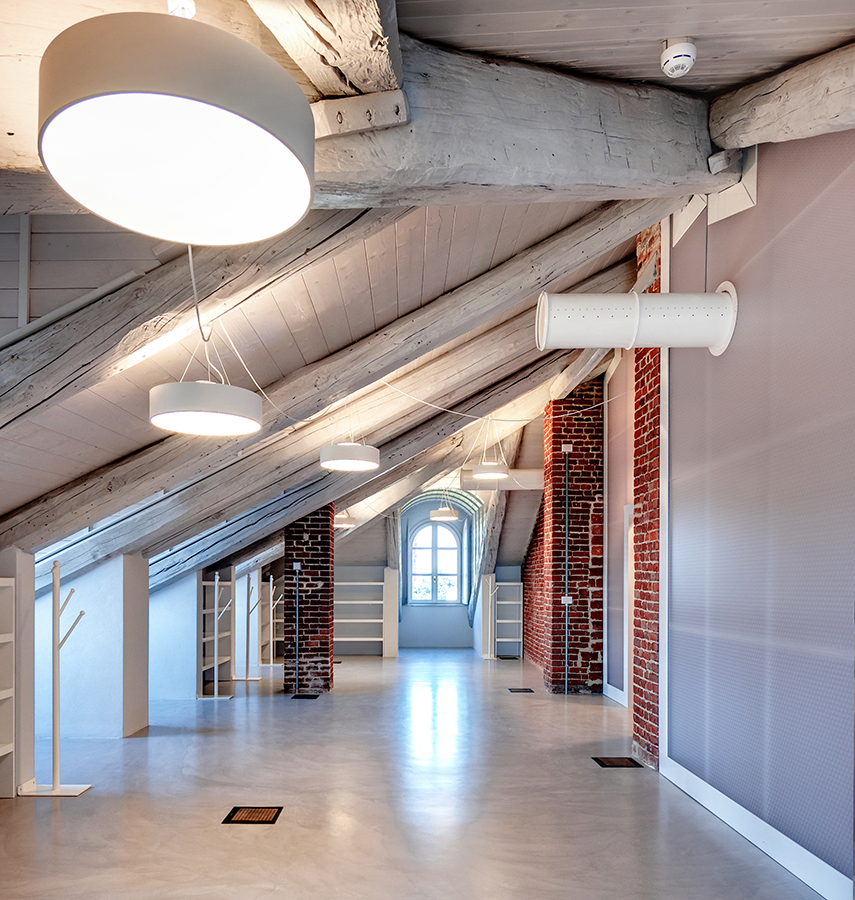 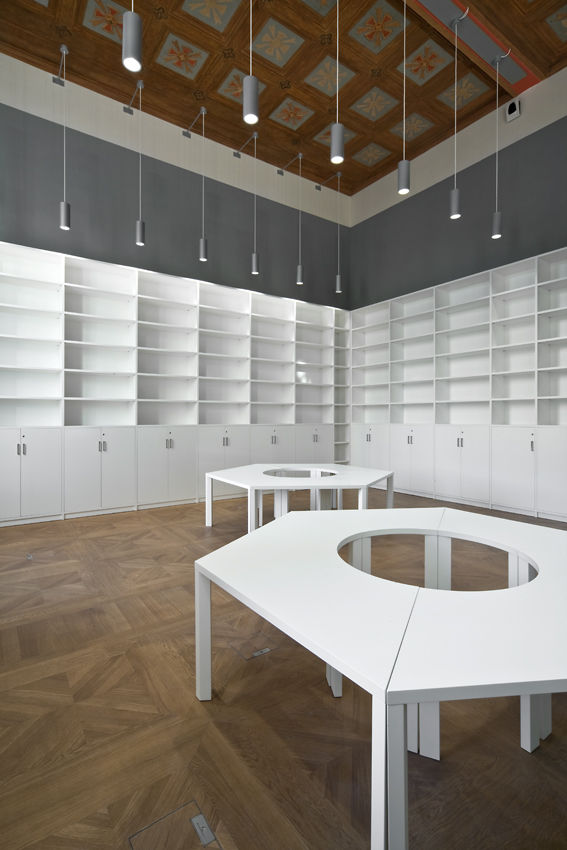 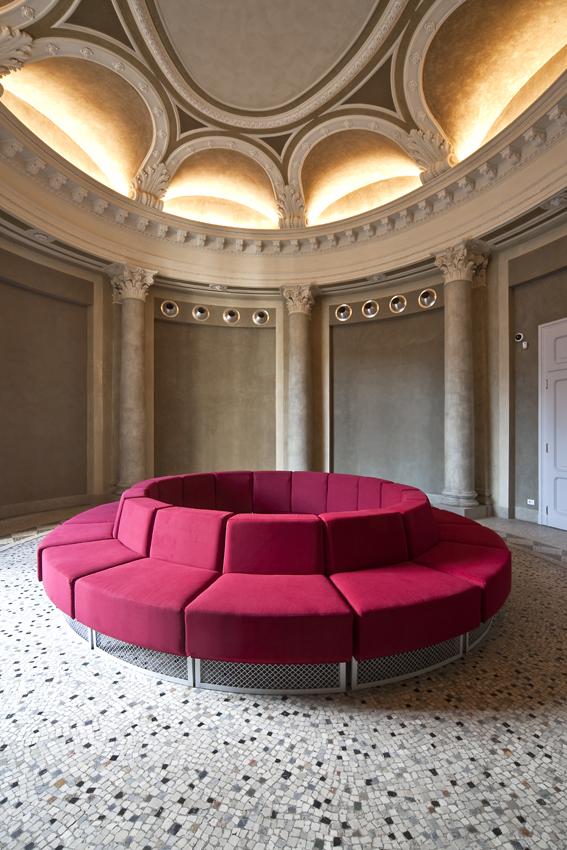 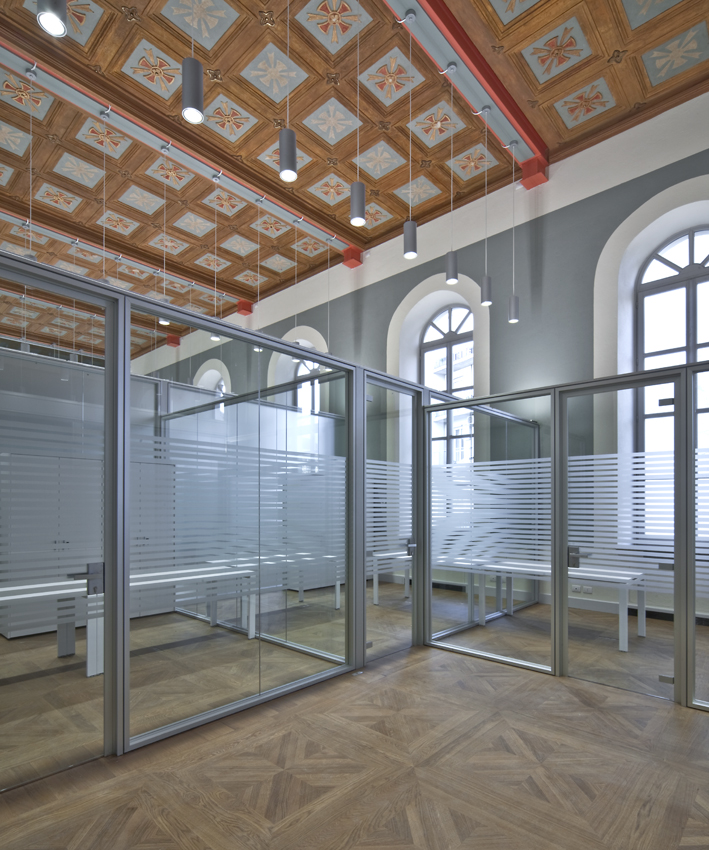 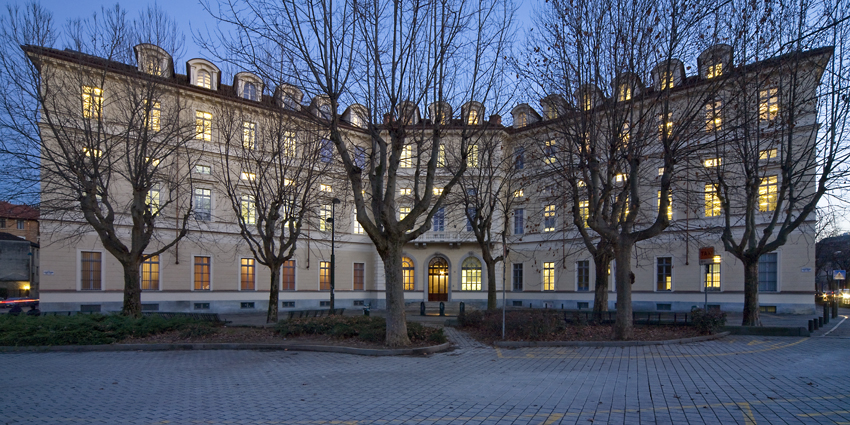 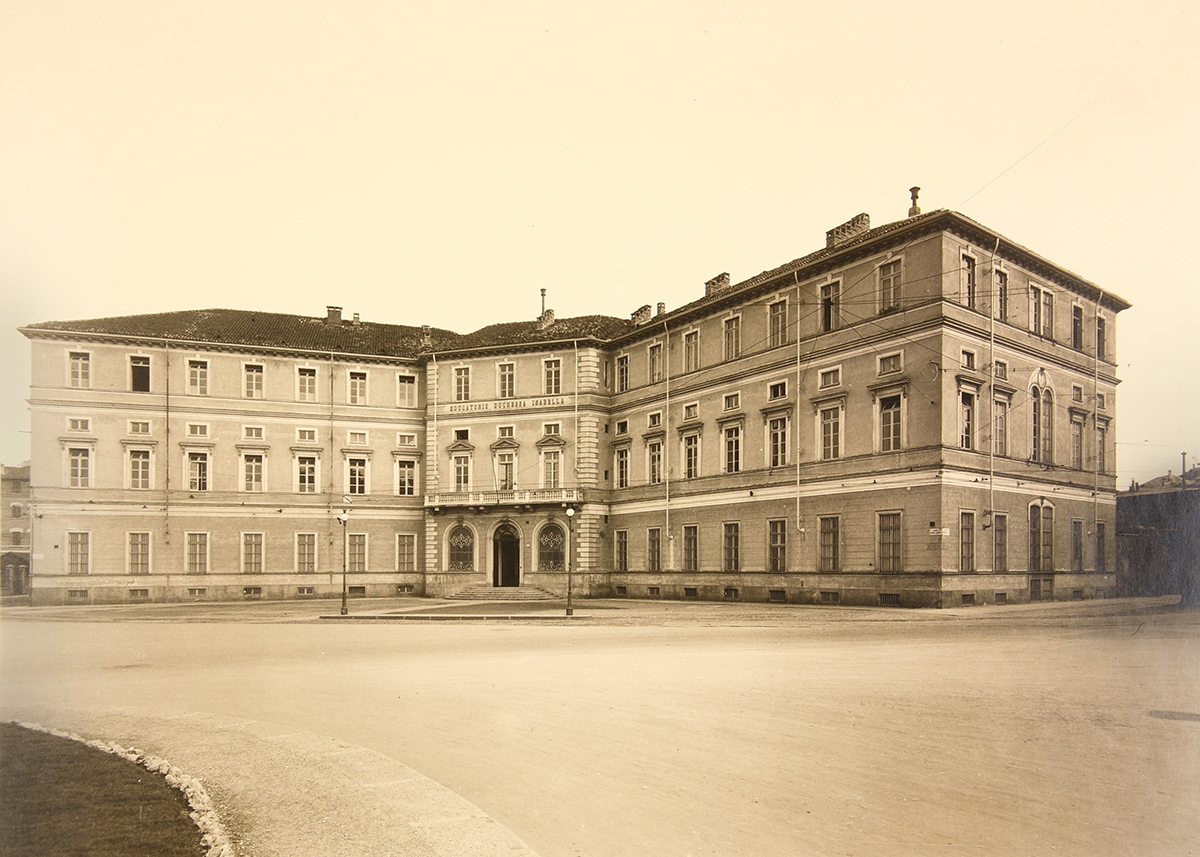 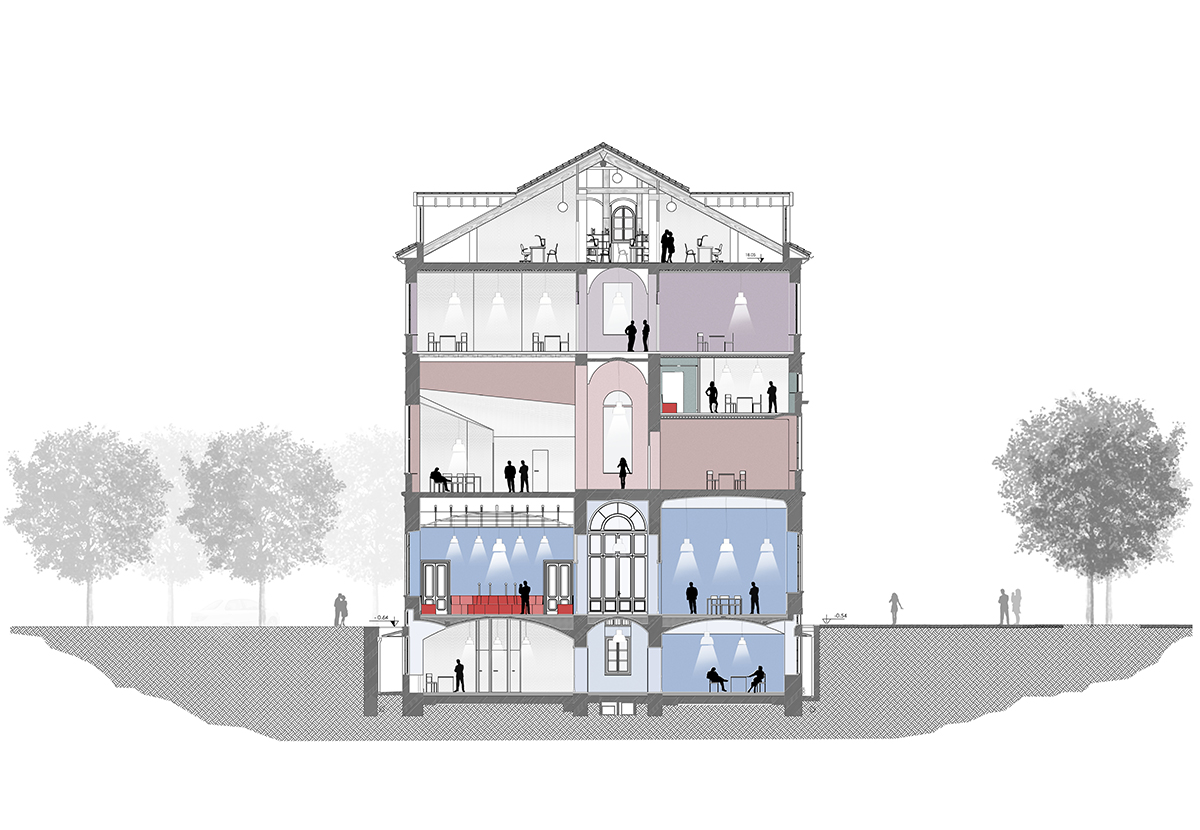 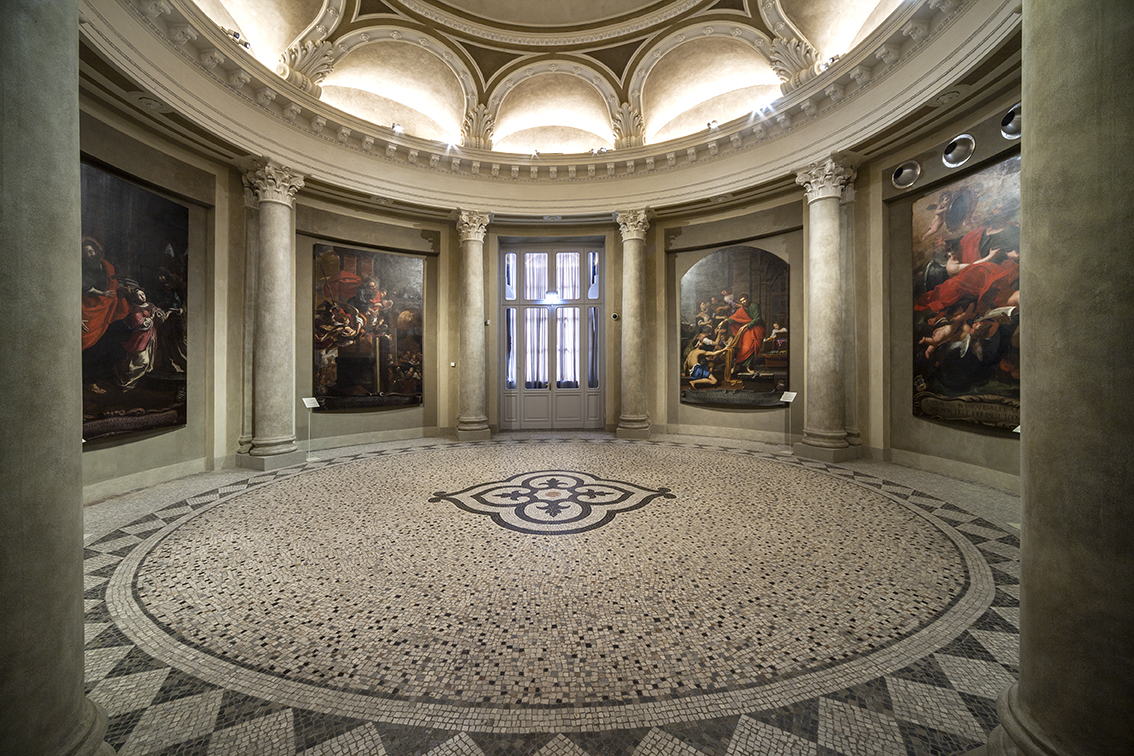 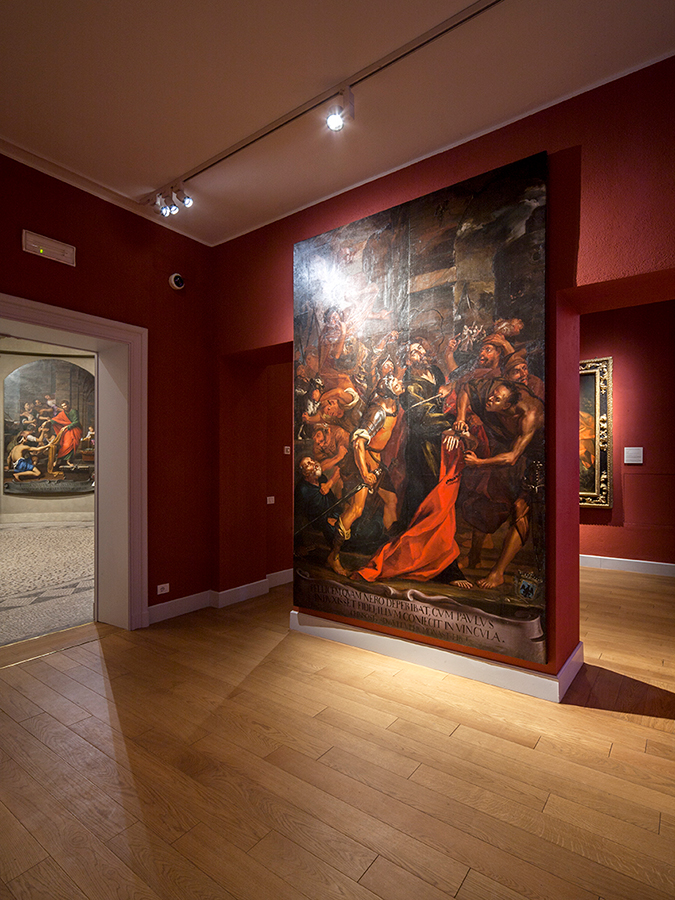 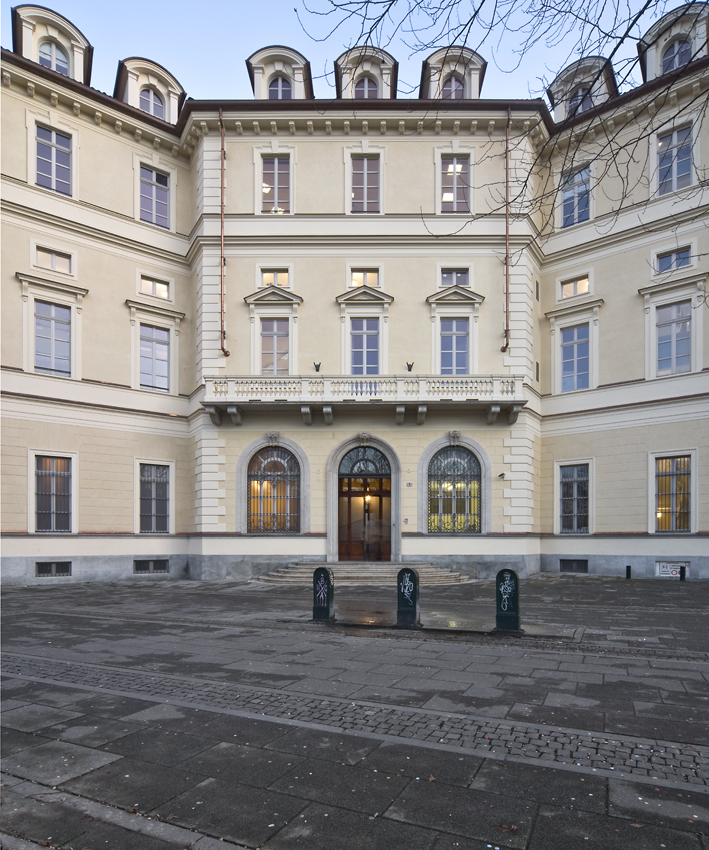 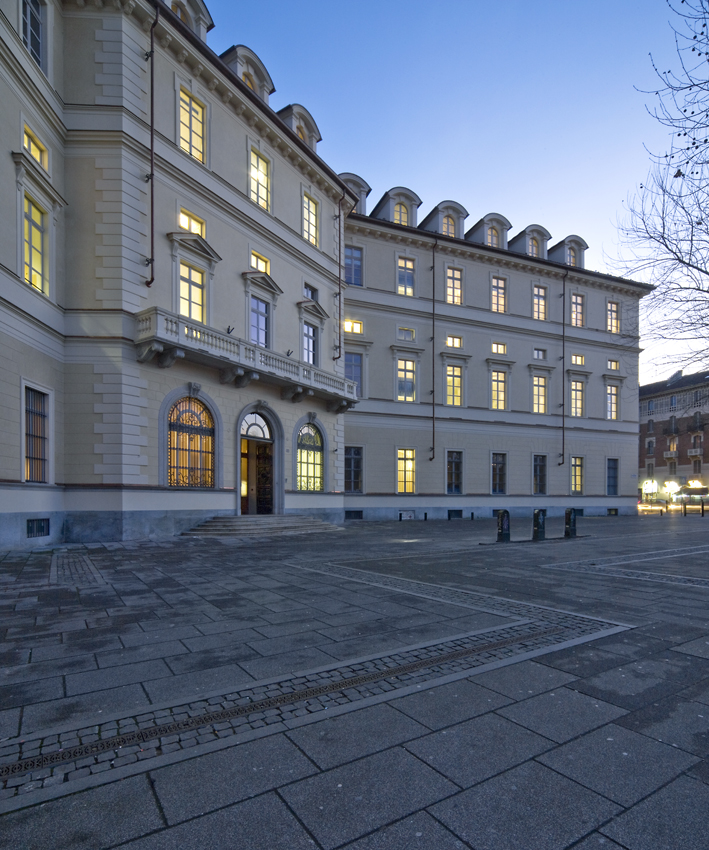 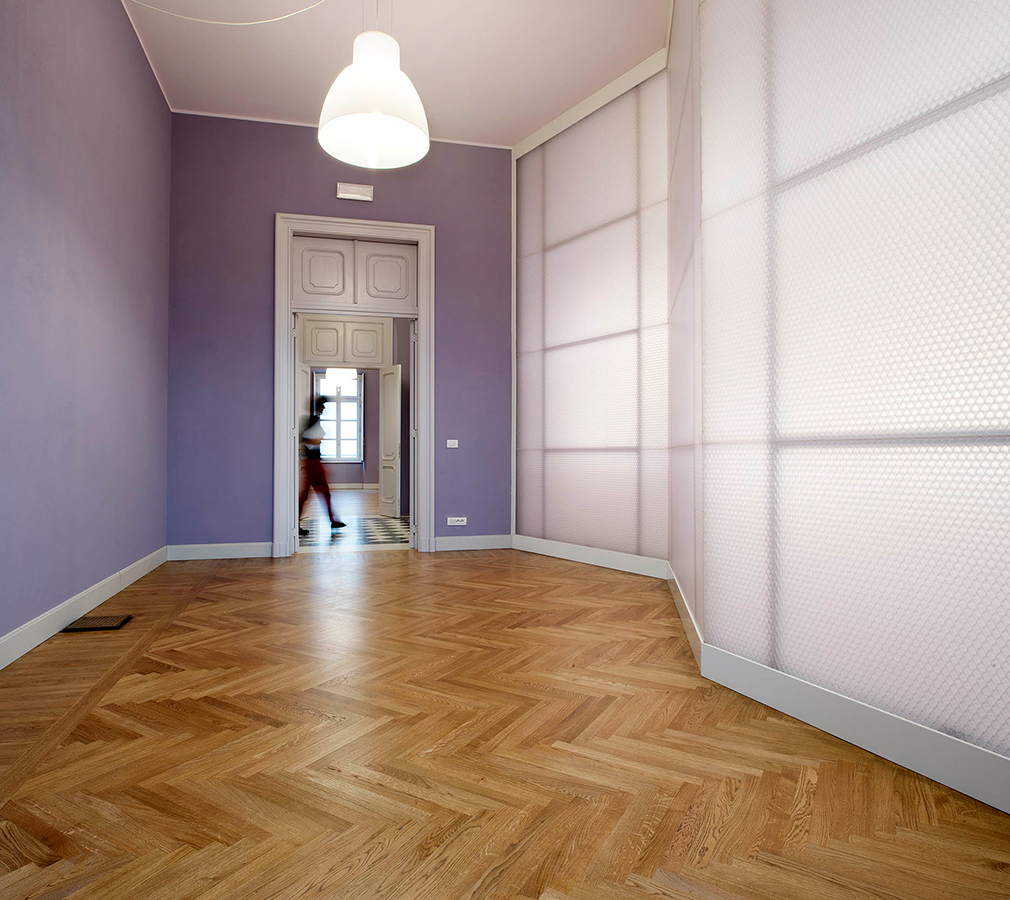 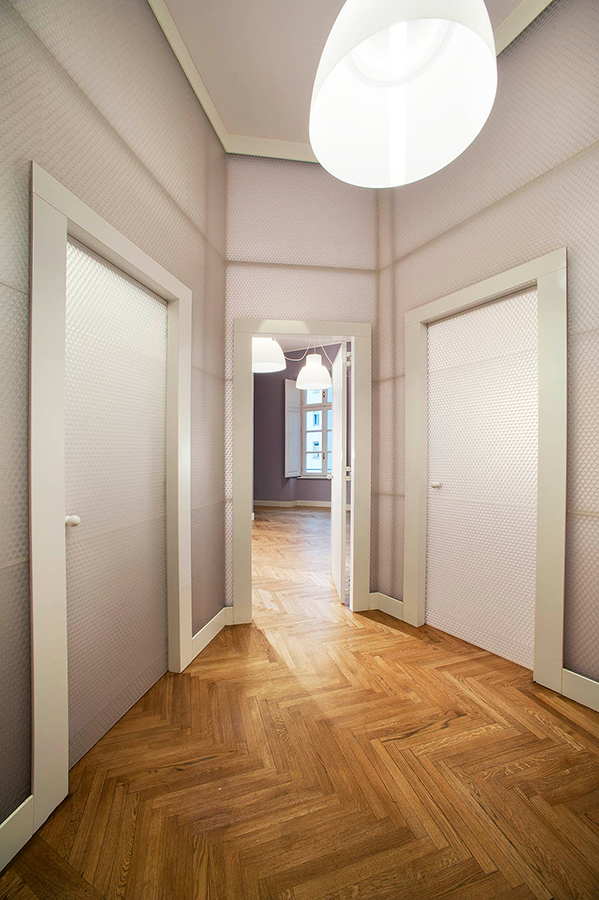 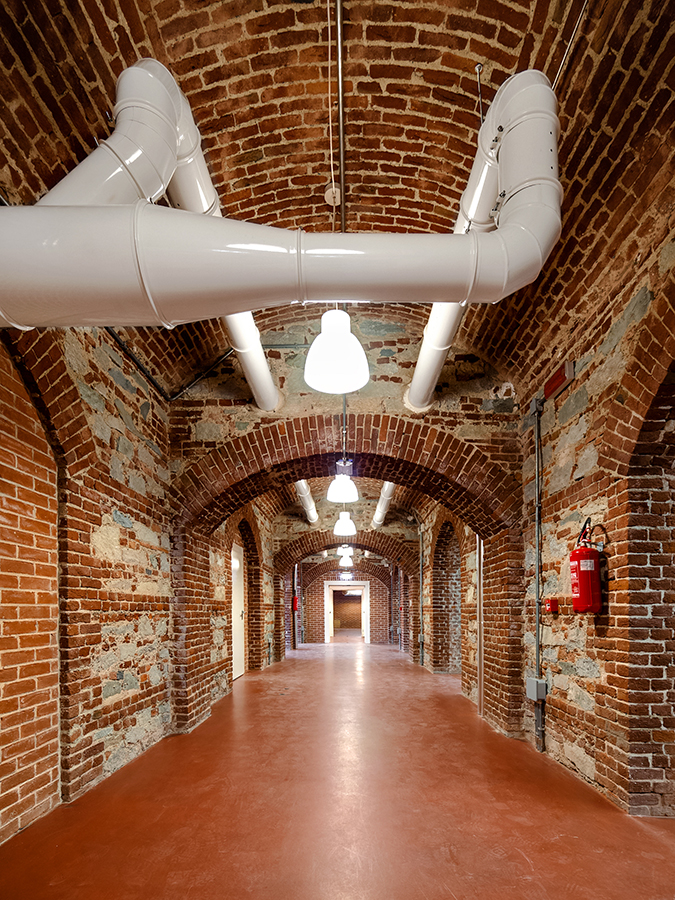