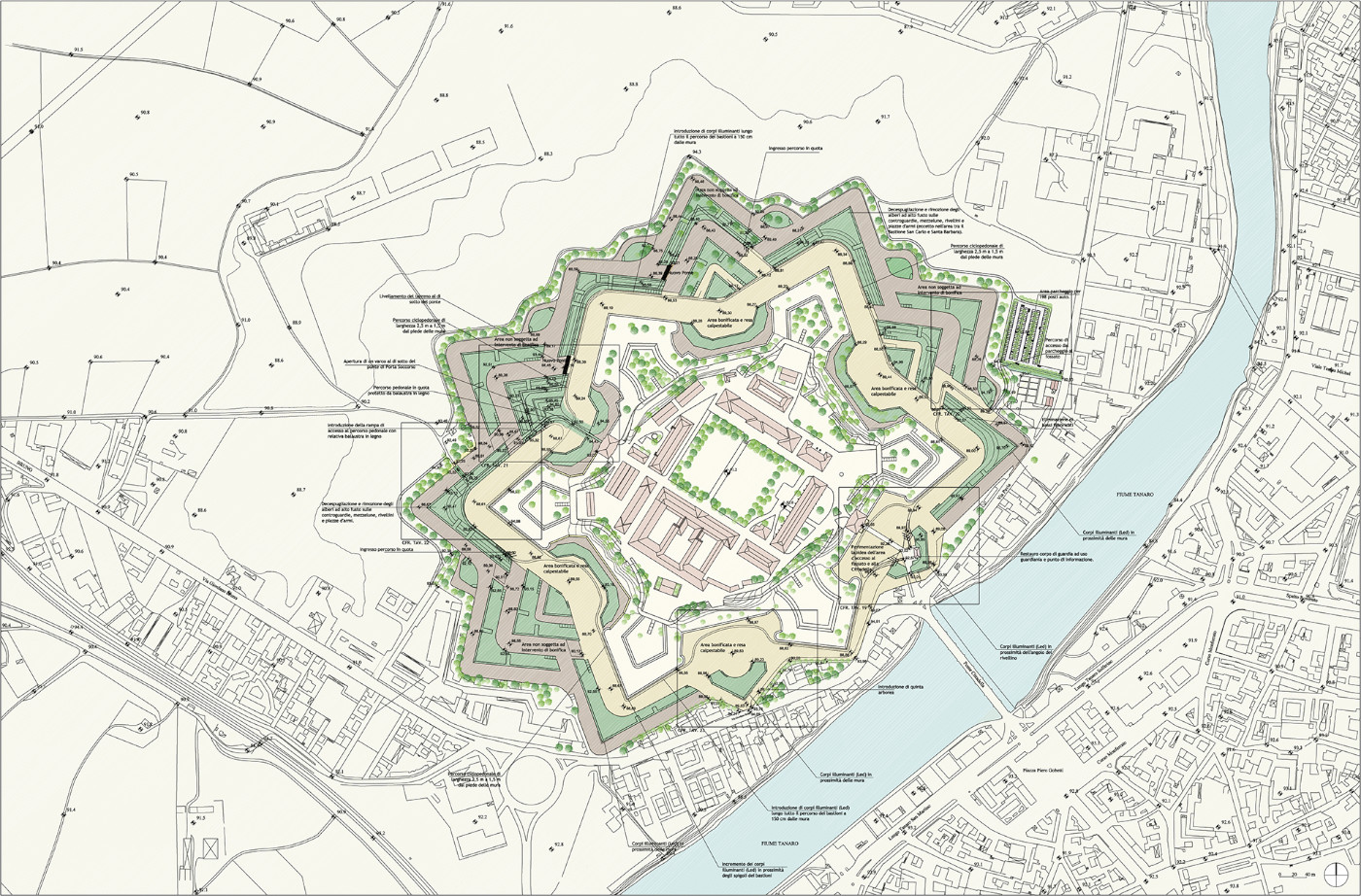 The fortress of Alessandria, a 90.000 inhabitants town in south-eastern Piedmont is a remarkable example of ancien regime military architecture, built in the 1730s to defend an edge of the Savoia reign. The project goal was to preserve and reuse the whole area of the fortress, that is in fact a huge citadel facing the town from the opposite side of the river Tanaro.

The project was based on the consideration of the very peculiar character of the fortress: a hybrid between urban and architectural scale, as well as between natural and artificial elements. Eventually the fortress was approached as a kind of land art intervention that had nevertheless to follow the philology of preservation rules. A complex program of functions was designed together with the local stakeholders for the buildings of the citadel and a series of paths was designed to connect the area to the river and the surrounding landscape.
SEE ALL 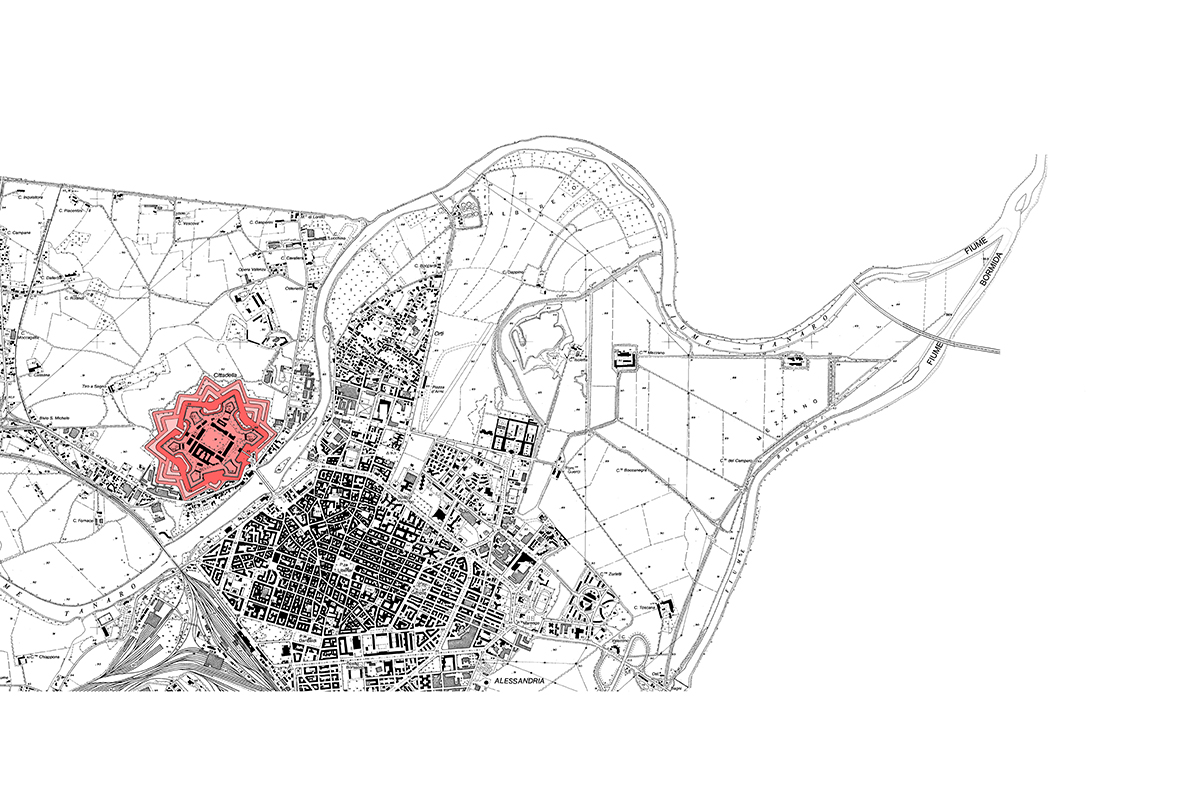