Urban scenography for the Roman archeological area of Turin 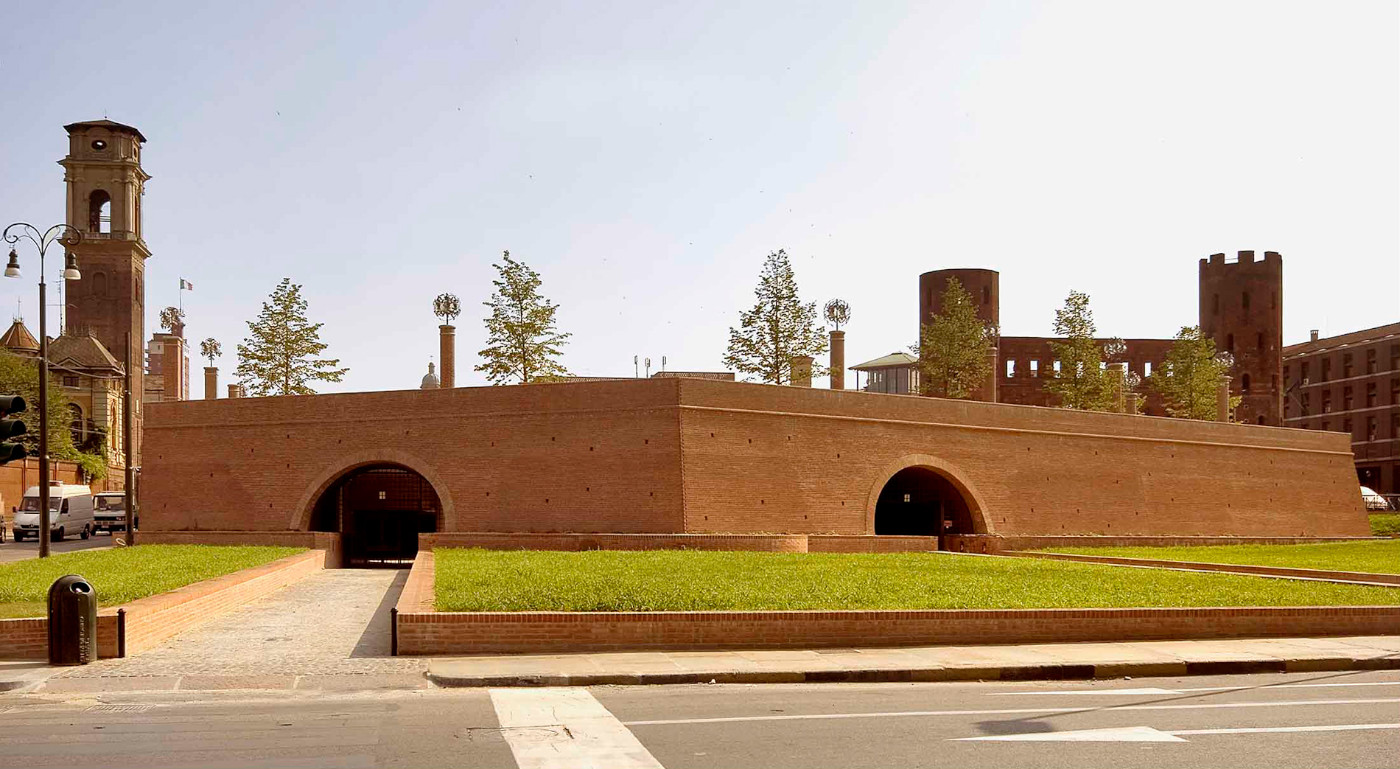 The Roman archeological area of the city of Turin corresponds to the northern edge of the Roman city and has its architectural climax in the Roman northern city door. This latter was included into medieval buildings and disappeared as an urban object until the end of the 19th century, when it was eventually “extracted” by demolishing the building in which was embedded. Once “liberated”, the Roman city door was also largely rebuilt to attain a more or less idealized original condition.

A copy of a statue of Augustus was then placed in front of the door to emphasize its “archeological” character. Nearby the ruins of the Roman theater and of the small forum of the ancient city testify how the Roman was only a small, peripheral town; the opposite of grandiosity.
To comment and to react to this condition, the project is thus conceived as a series of elements – paved paths, columns, walls, trees – that deliberately play with the concept itself of “fakeness” in architecture and with the common expectations that ruins should be stunning remnants of foregone splendors. To emphasize the ambiguous character of the area, the storage for stalls of the nearby market (the biggest in the town) has been camouflaged with a copy of the 17th century bastion that occupied the area itself until the Napoleonic years.
SEE ALL 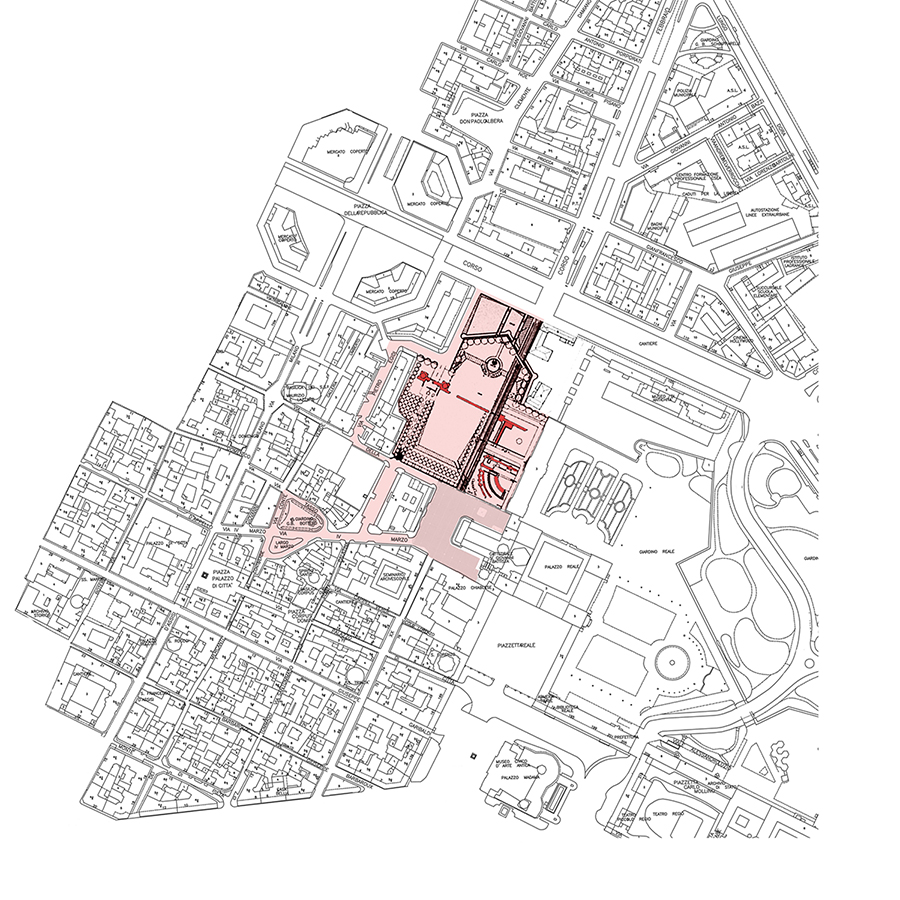 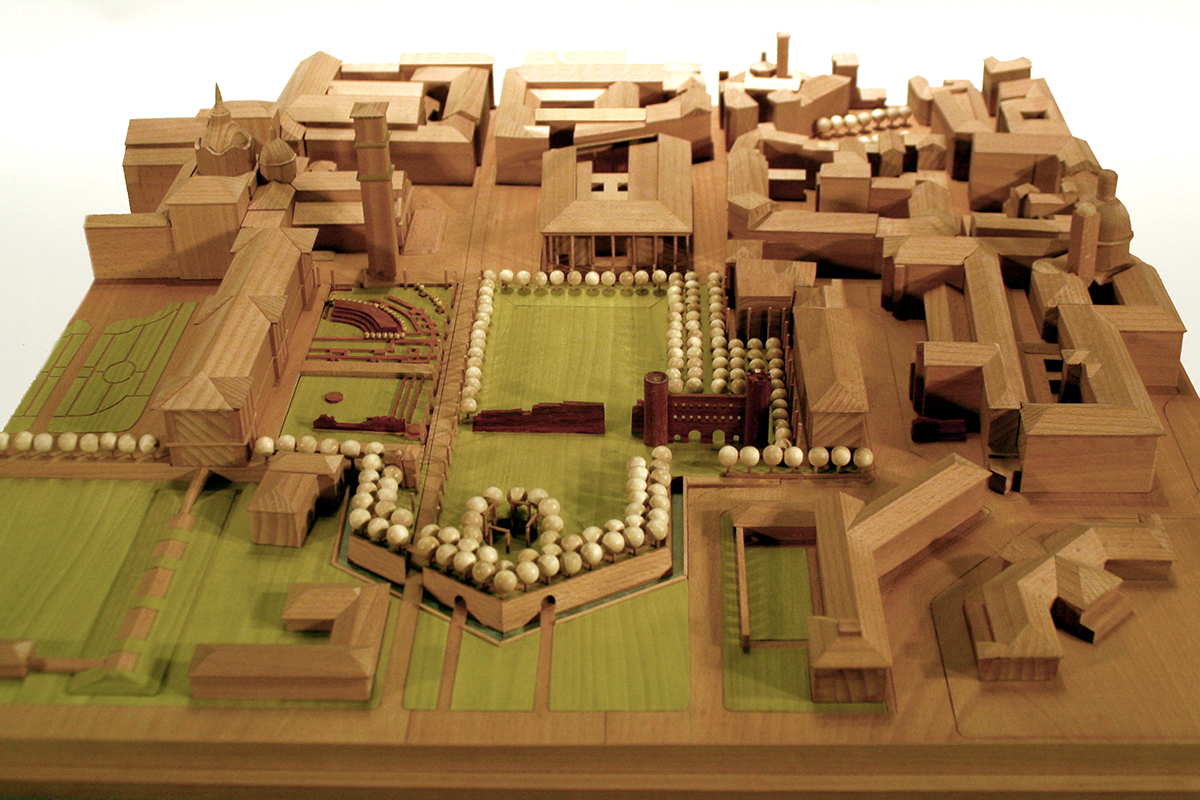 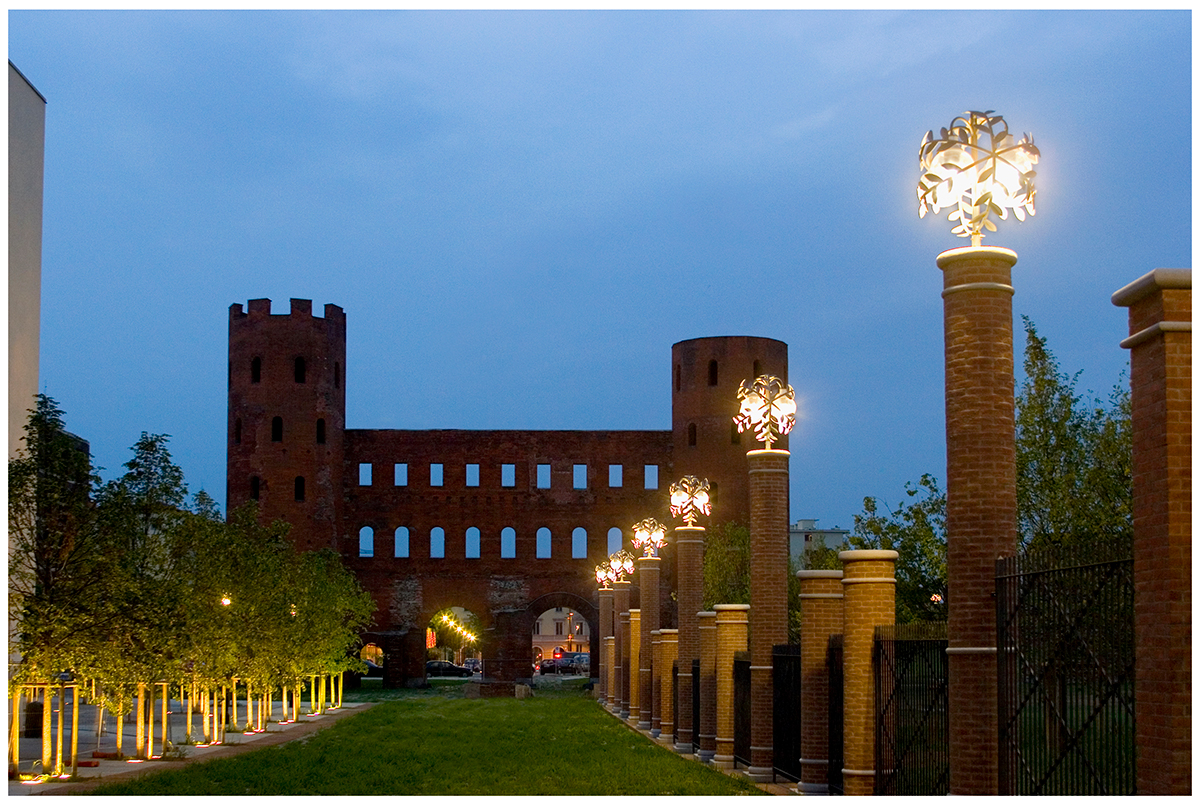 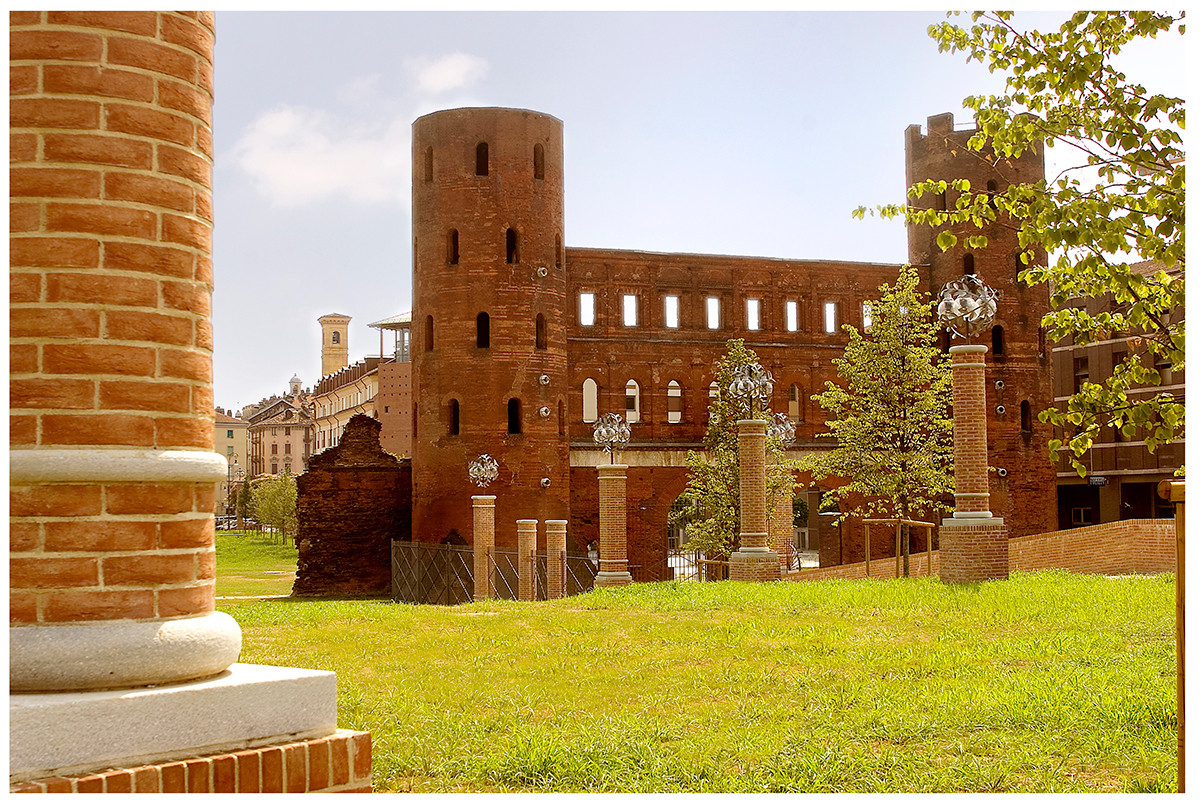 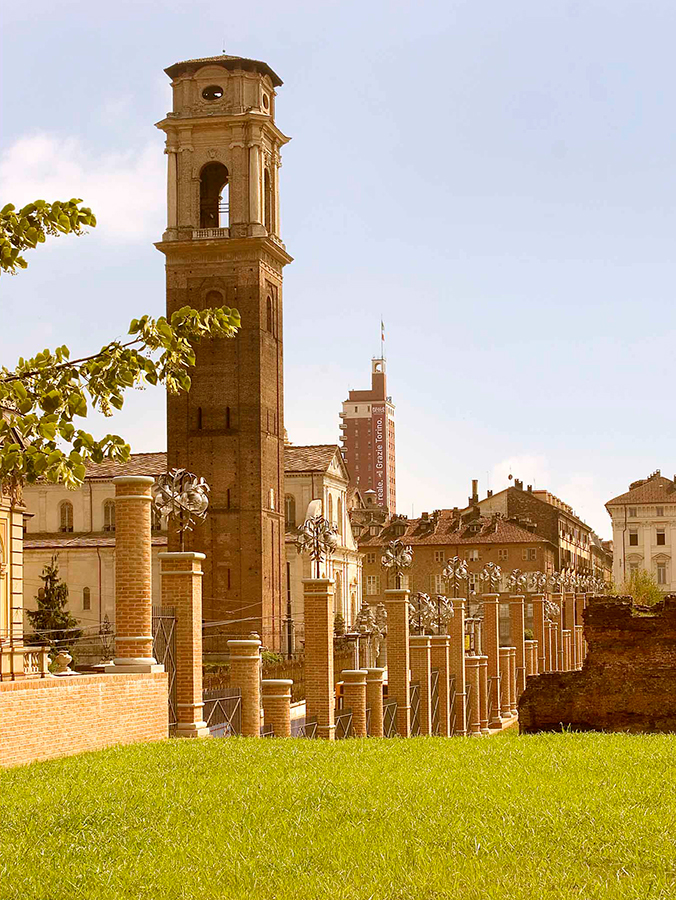 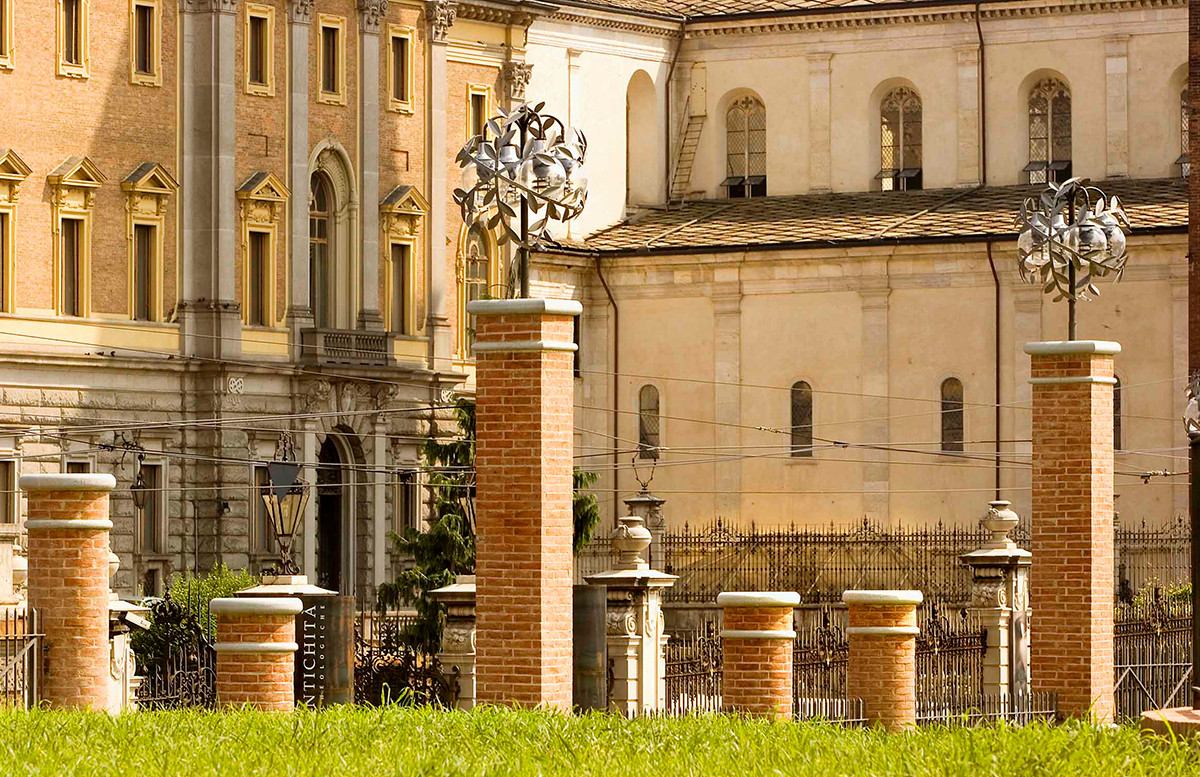 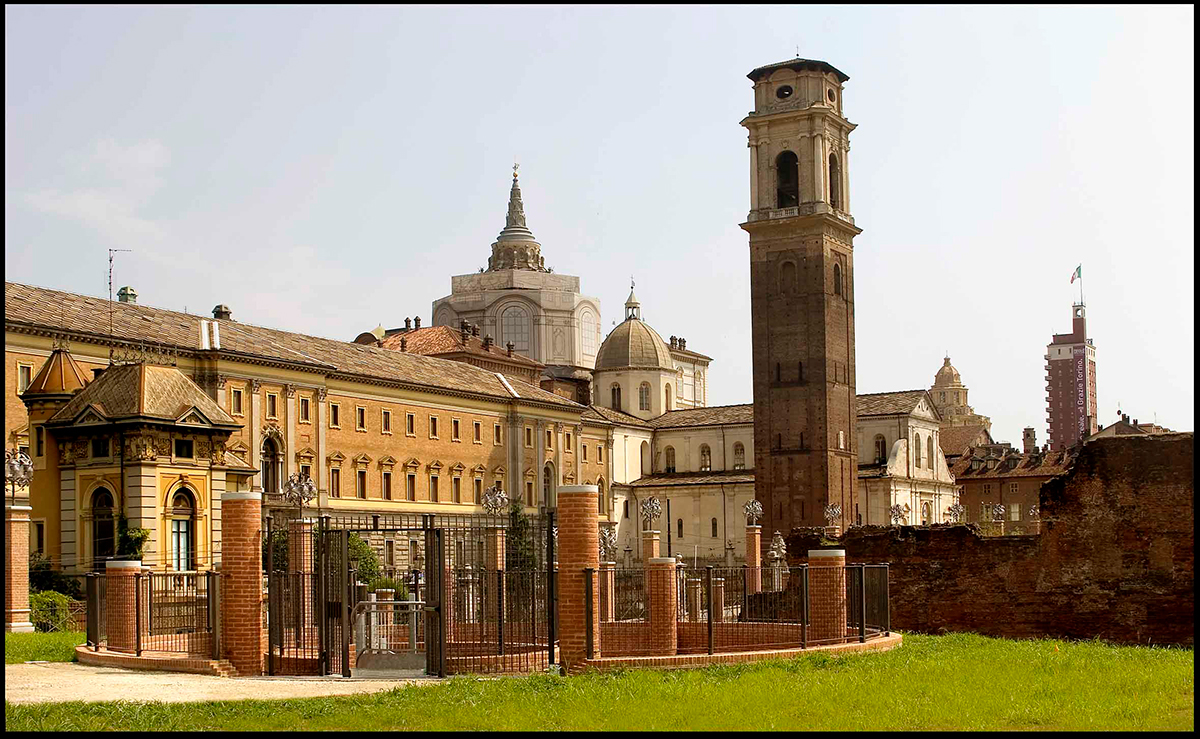 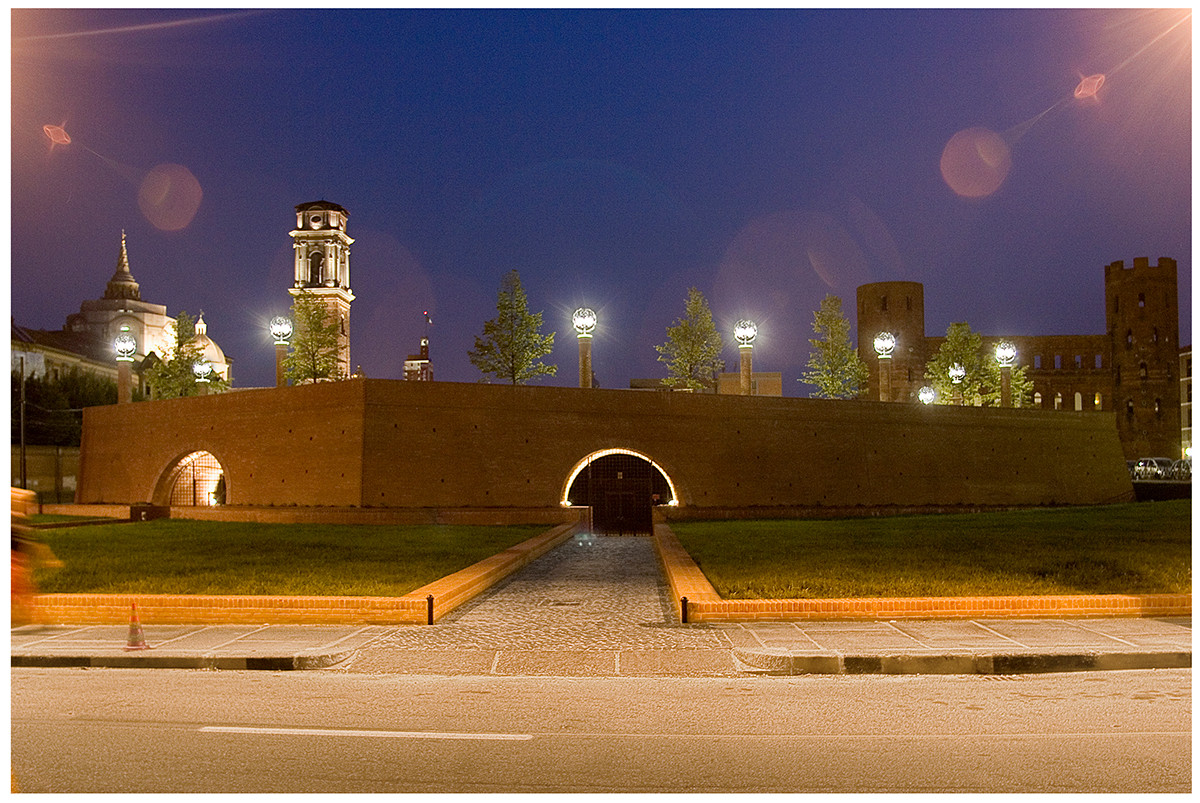 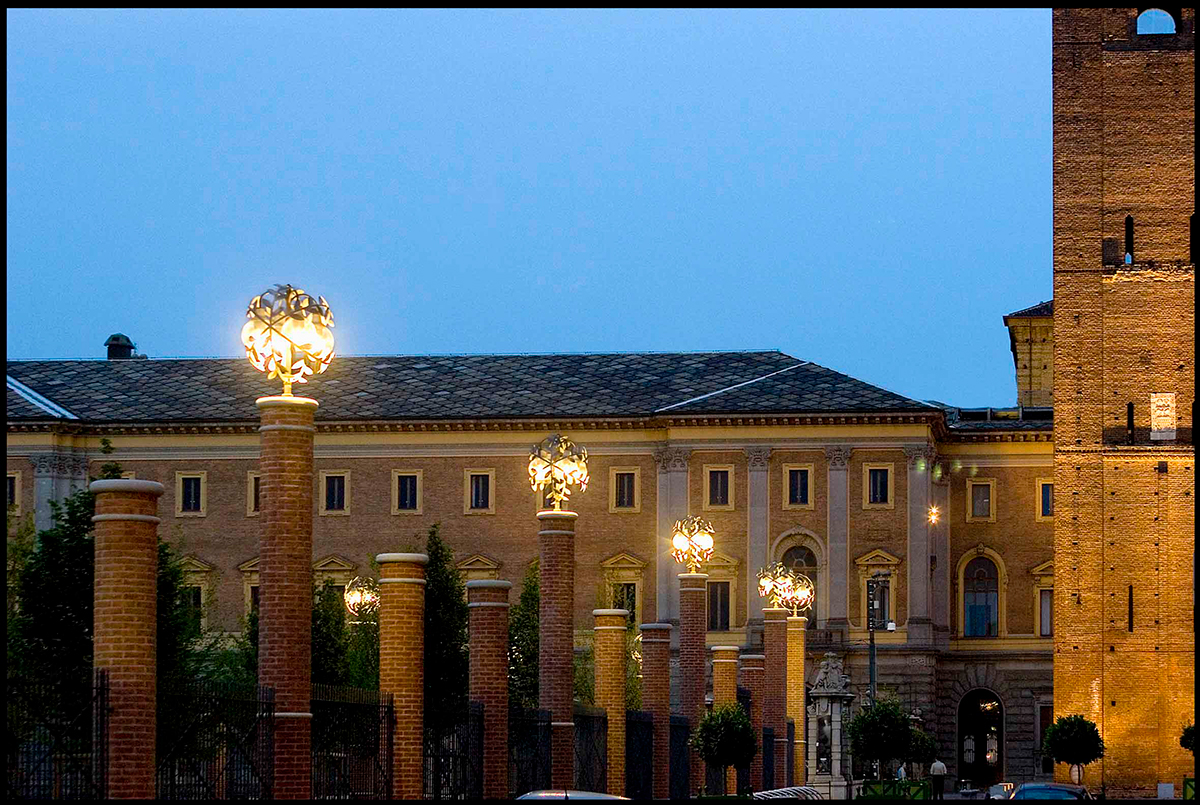 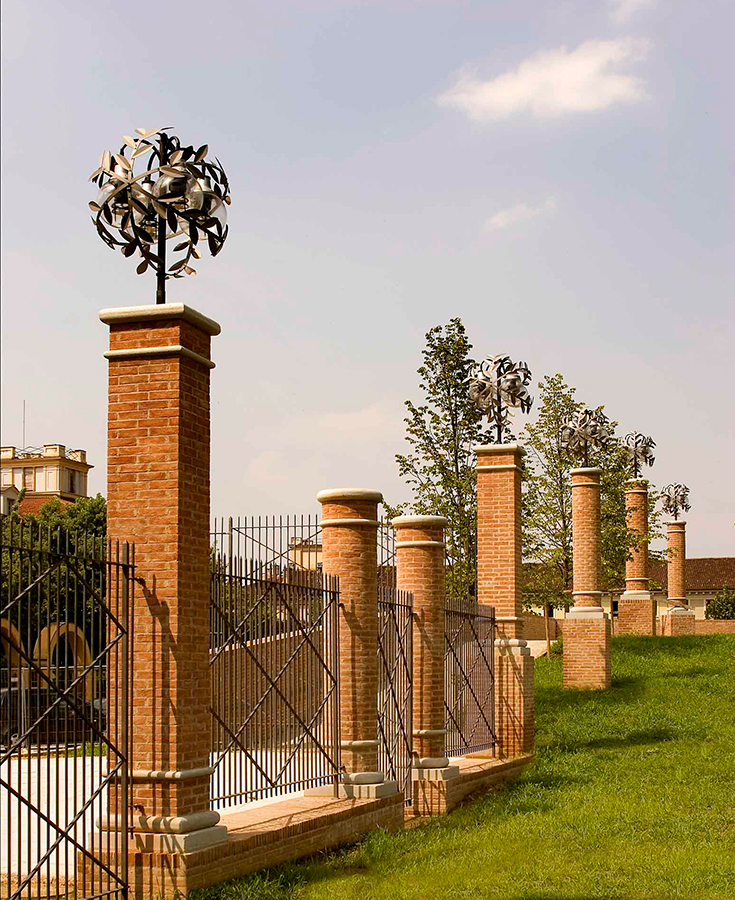 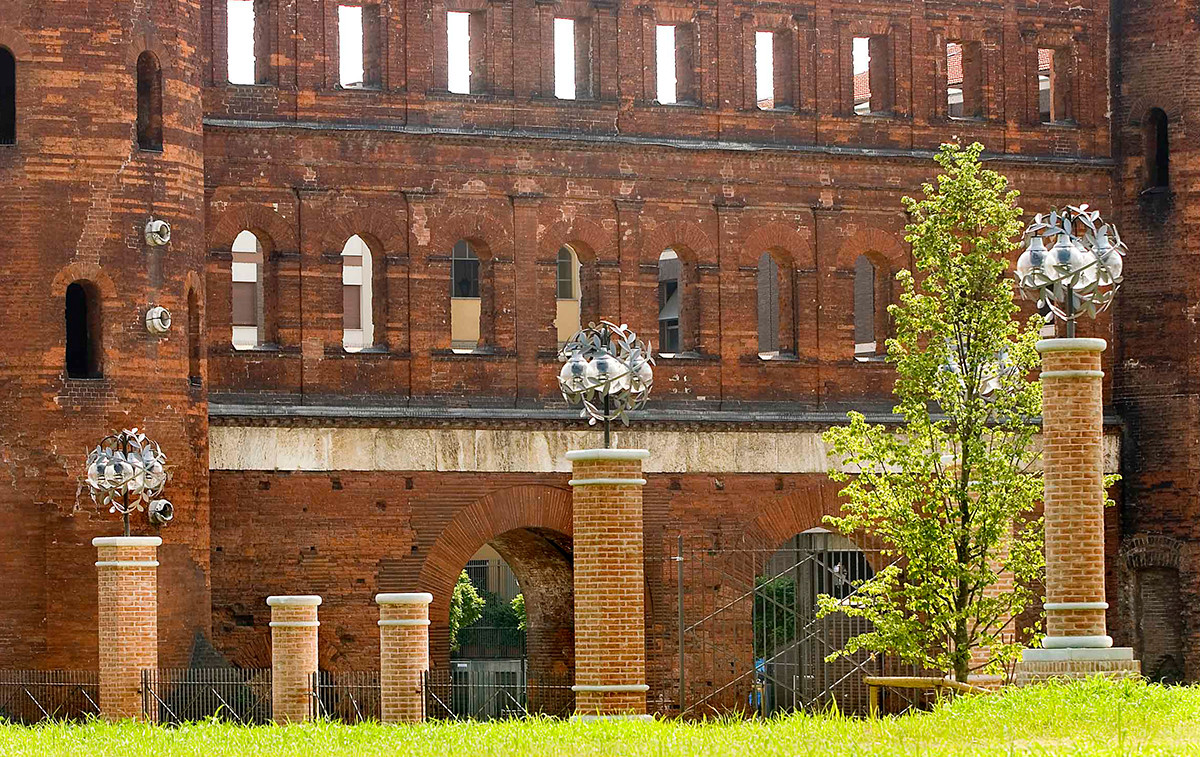 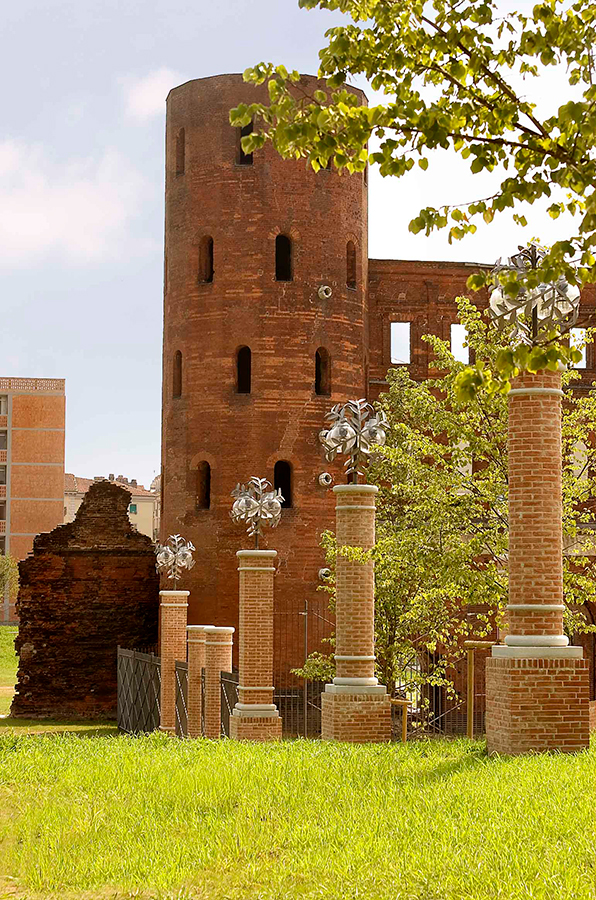 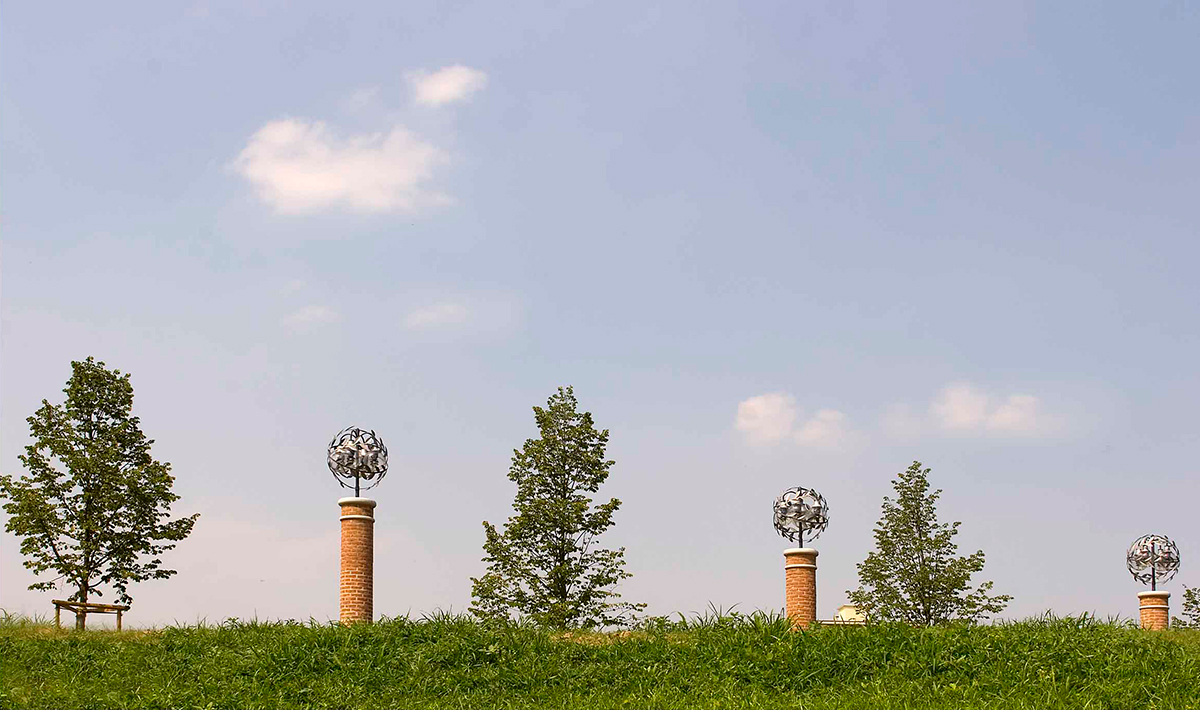 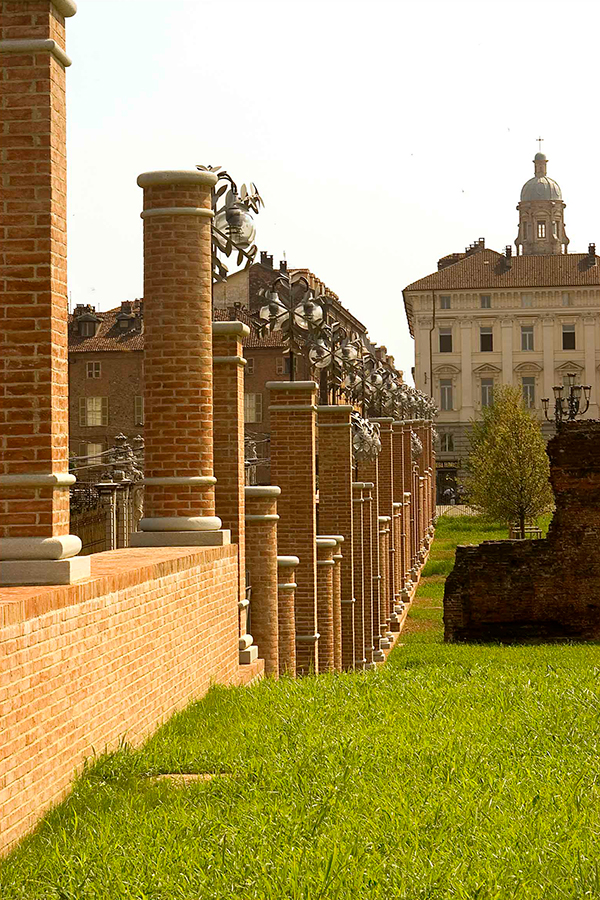 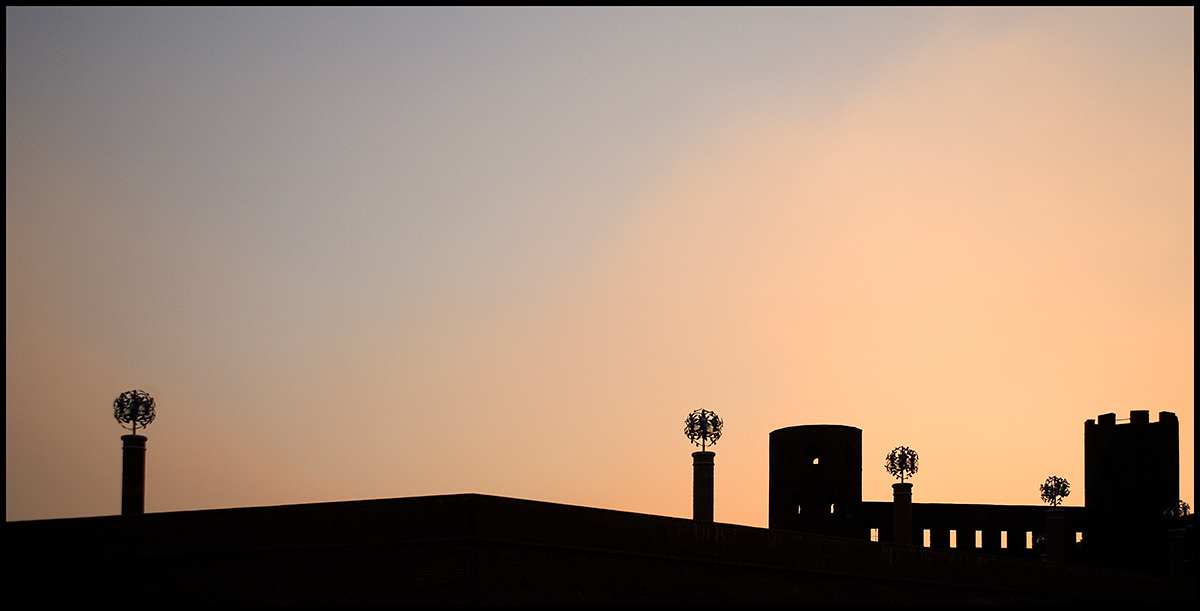 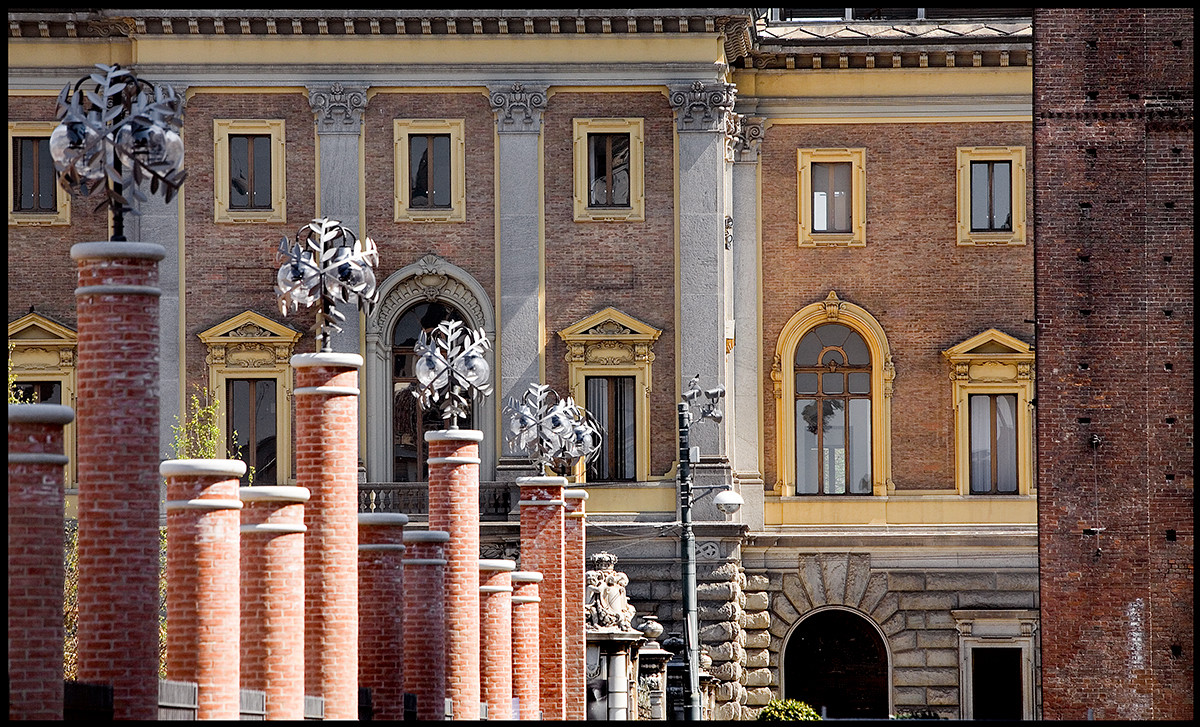 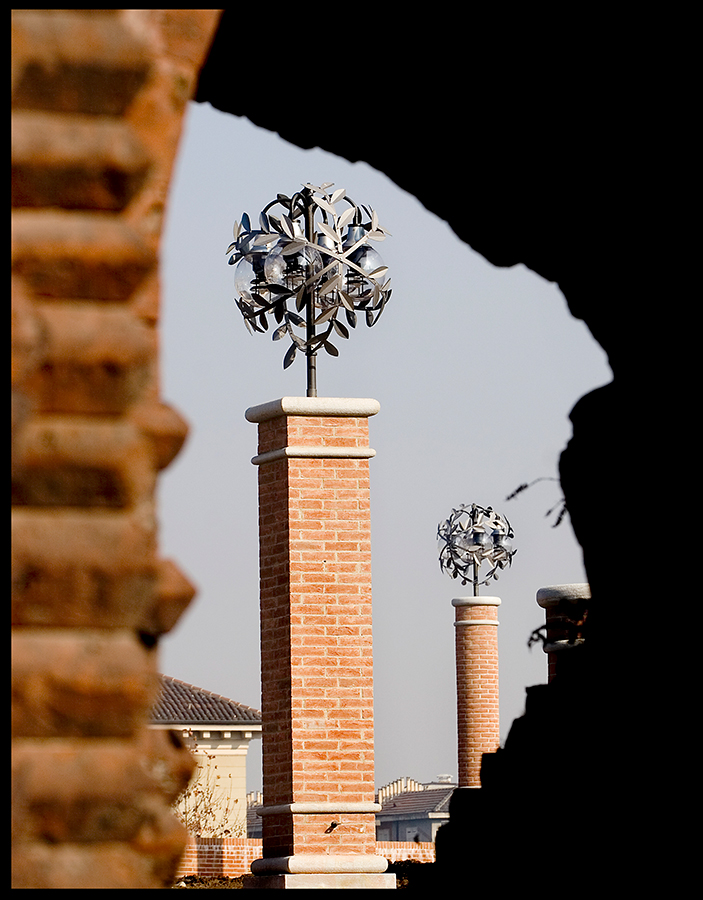 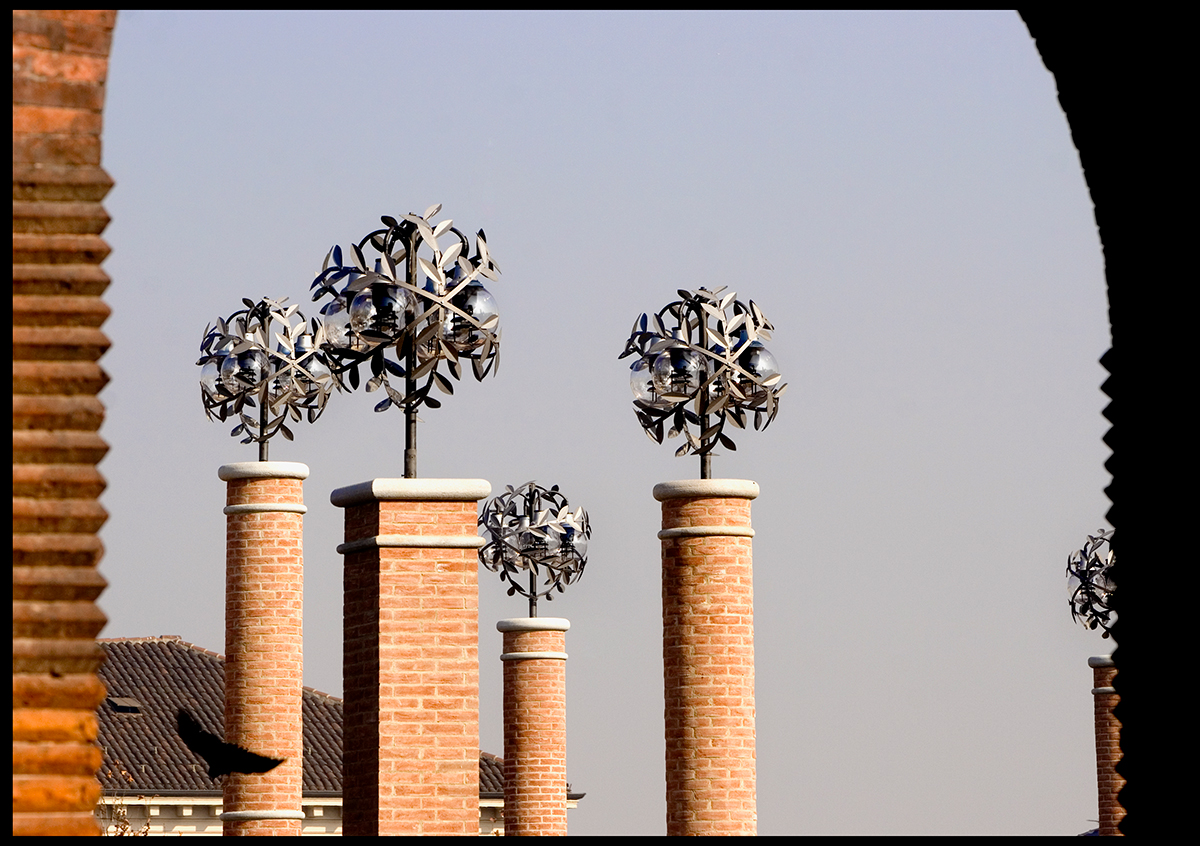 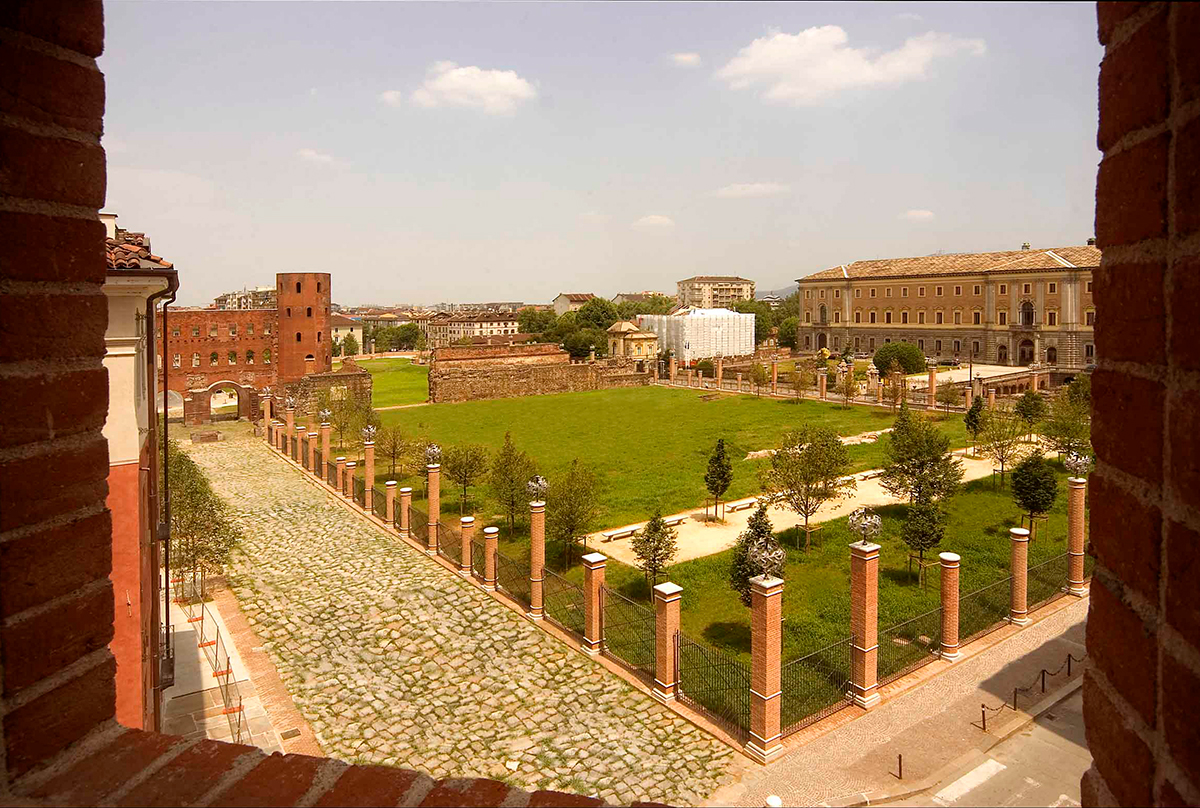 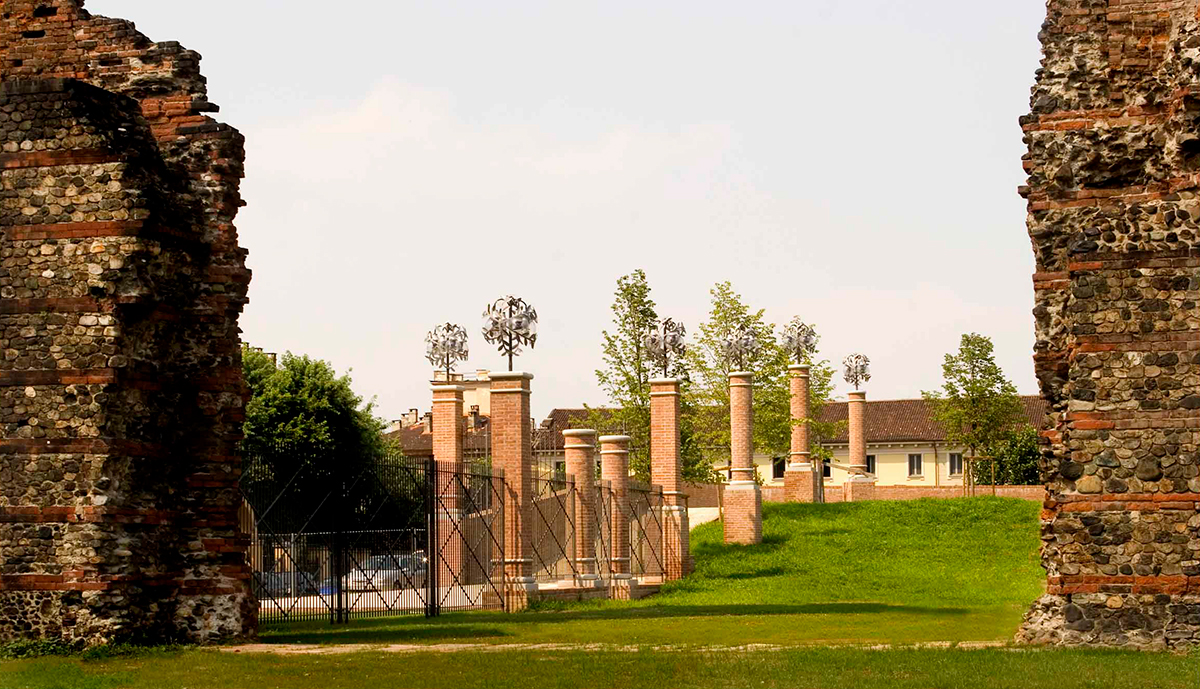 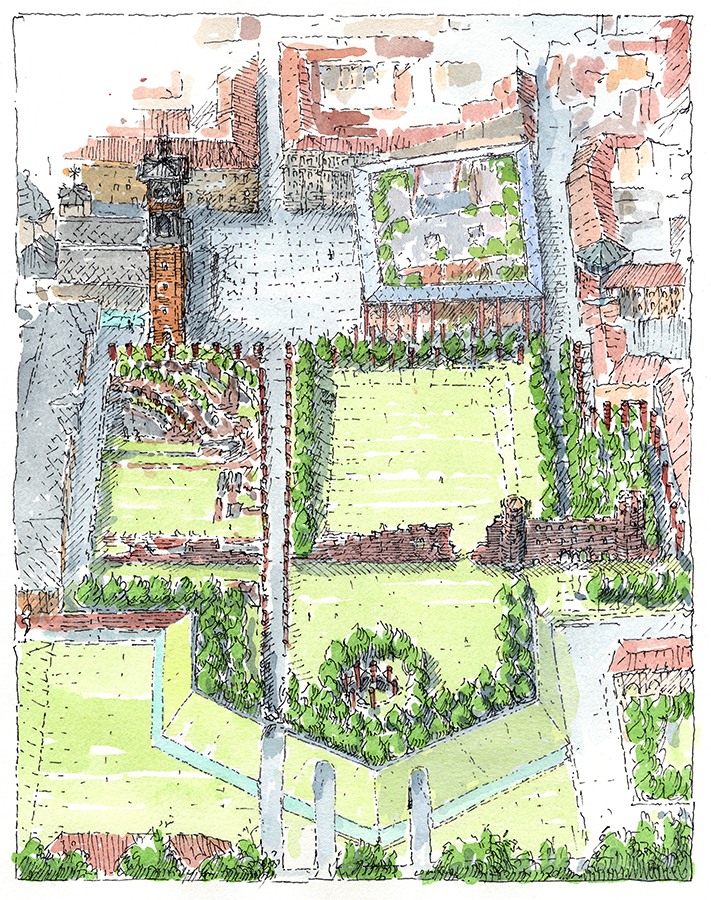 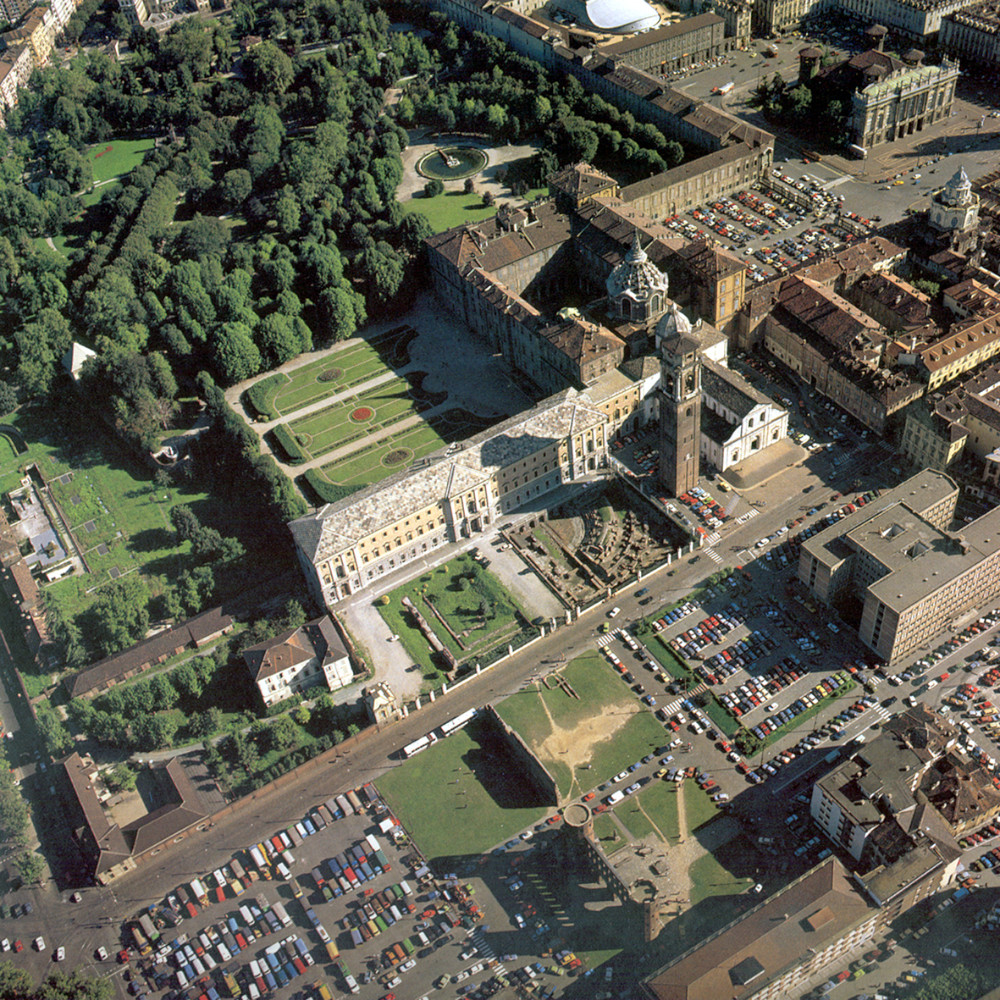